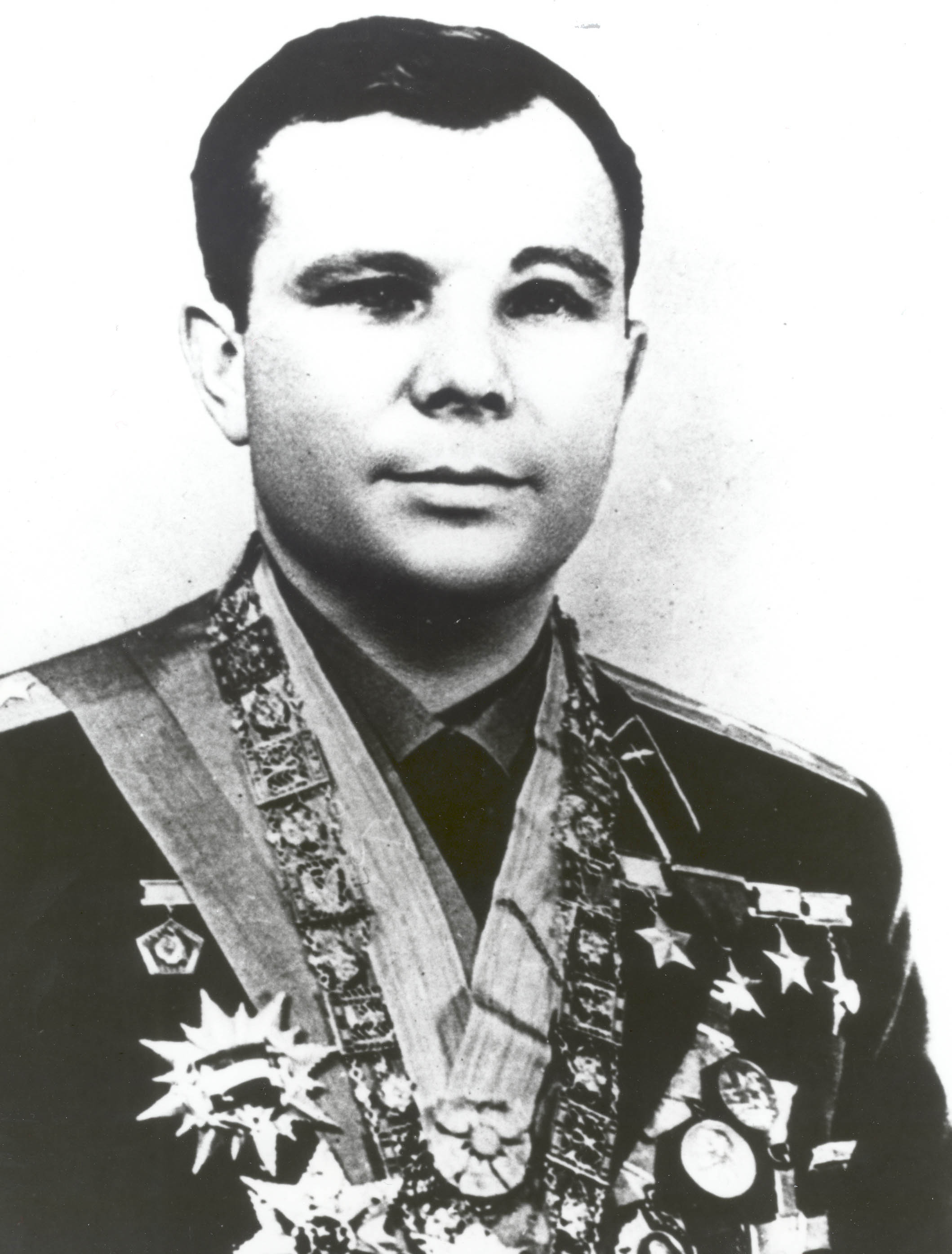 Try to find the date or year when this image was made.
Thanks for contributing!
Yuri Gagarin was born on March 9, 1934 in a town outside of Moscow, Russia. After graduating from secondary school in 1949, Gagarin went to several technical schools before joining the Orenburg Higher Air Force School in 1955. He began his cosmonaut training in 1960, along with 19 other candidates. On April 12, 1961 at 9:06 am Gagarin lifted off in the Vostok 1 spacecraft and after a 108-minute flight of extended microgravity, he parachuted safely to the ground in the Saratov region of the USSR. As the first human to fly in space, he successfully completed one orbit around the Earth. After his historic flight, Gagarin became an international symbol for the Soviet space program and in 1963 was appointed deputy director of the Cosmonaut Training Center. In 1966 he served as a backup crewmember for Soyuz 1 and on February 17, 1968, completed a graduate degree in technical sciences. Tragically, during flight training in a UTI-MiG-15 aircraft on March 27, 1968, Gagarin was killed when his plane crashed.