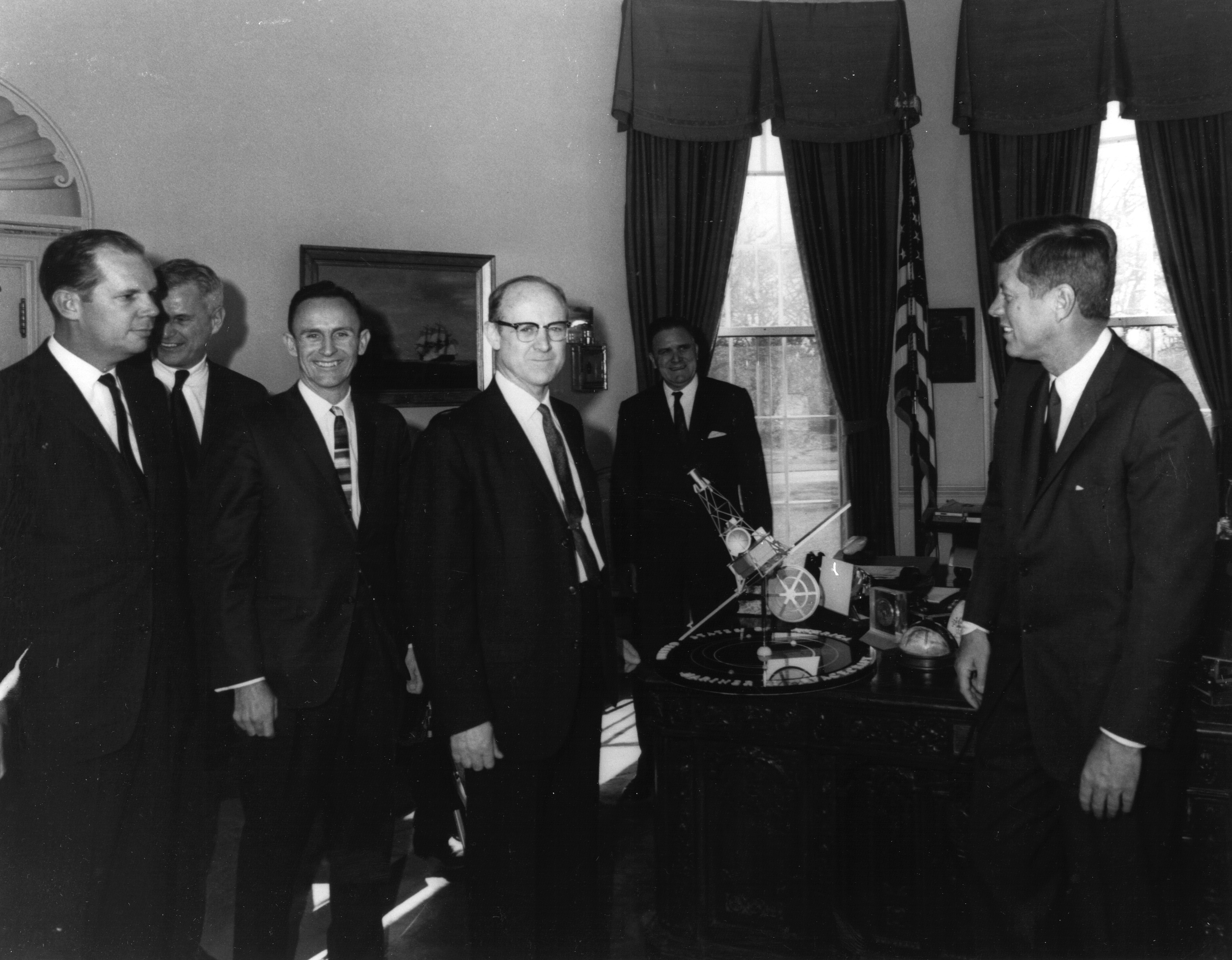 Try to find the date or year when this image was made.
Thanks for contributing!
Dr. William H. Pickering, (center) JPL Director, presenting Mariner spacecraft model to President John F. Kennedy, (right). NASA Administrator James Webb is standing directly behind the Mariner model. The Mariner 2 probe (launched on August 27, 1962) flew by Venus on December 14, 1962, sending back data on its atmosphere, mass, and weather patterns. It stopped transmitting in 1963 after delivering a wealth of scientific information. Mariner 2 was the first successful planetary flyby.