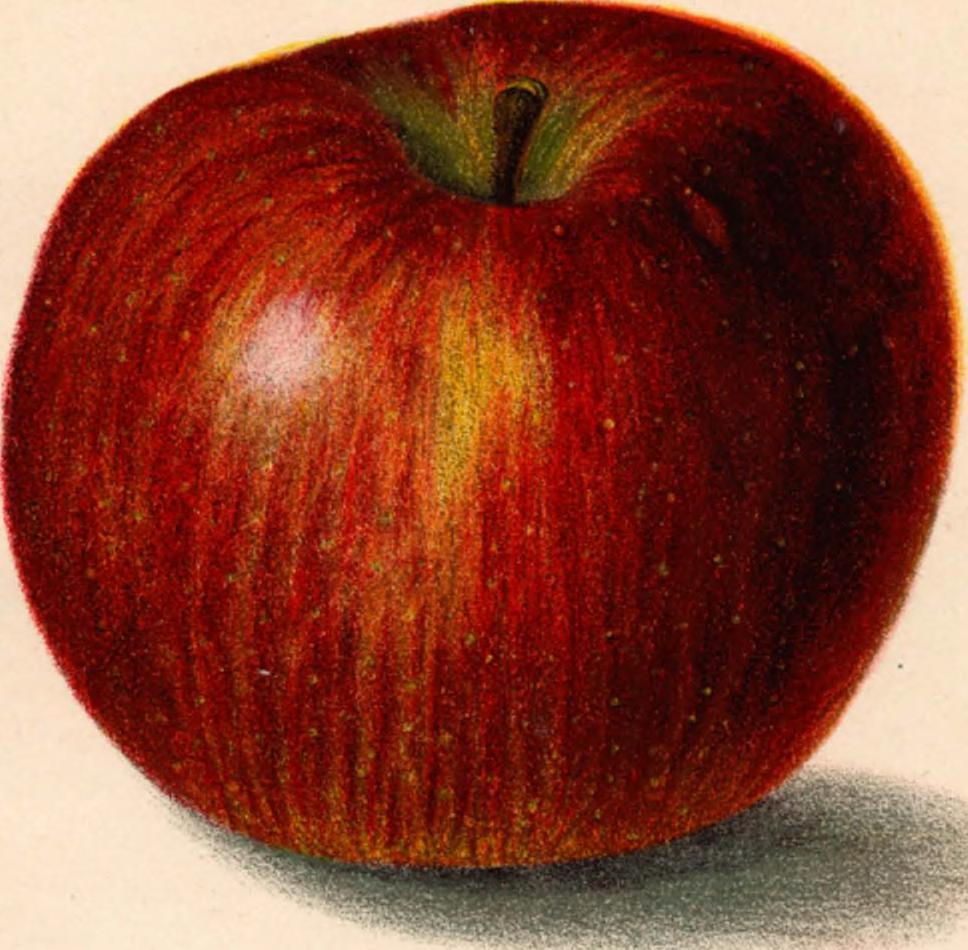 
Text Appearing Before Image:
y esteemedfor many years in central Tennessee in the region of its origin, it isalso succeeding well as far south as northern Louisiana and northernTexas. It appears worthy of testing in the apple districts of theRocky Mountains and Pacific coast regions. In northwestern Arkan-sas it has been found rather susceptible to apple scab—apparentlymore so than most varieties grown there—but this failing does notappear to have been reported from other sections. The tree is thrifty and fairly vigorous, but a rather slender grower,with brownish-red bark on the young wood. The specimen illustrated in Plate XXXIV was grown by Prof.C. C. Newman, in Rabun County, Ga. PAYNE PEACH. Synonym : Highland Beauty. [PLATE XXXV.]ORIGIN. The original tree of this variety developed in 1901 as a sprout fromthe stock of a St. John peach tree broken off below the point of bud-ding in the orchard of E. B. Payne & Sons, near Cloverdale, BarryCountv. Mich. Yearbook U S. Dept of Agriculture. 1910 Plate XXXIIIyoa1910