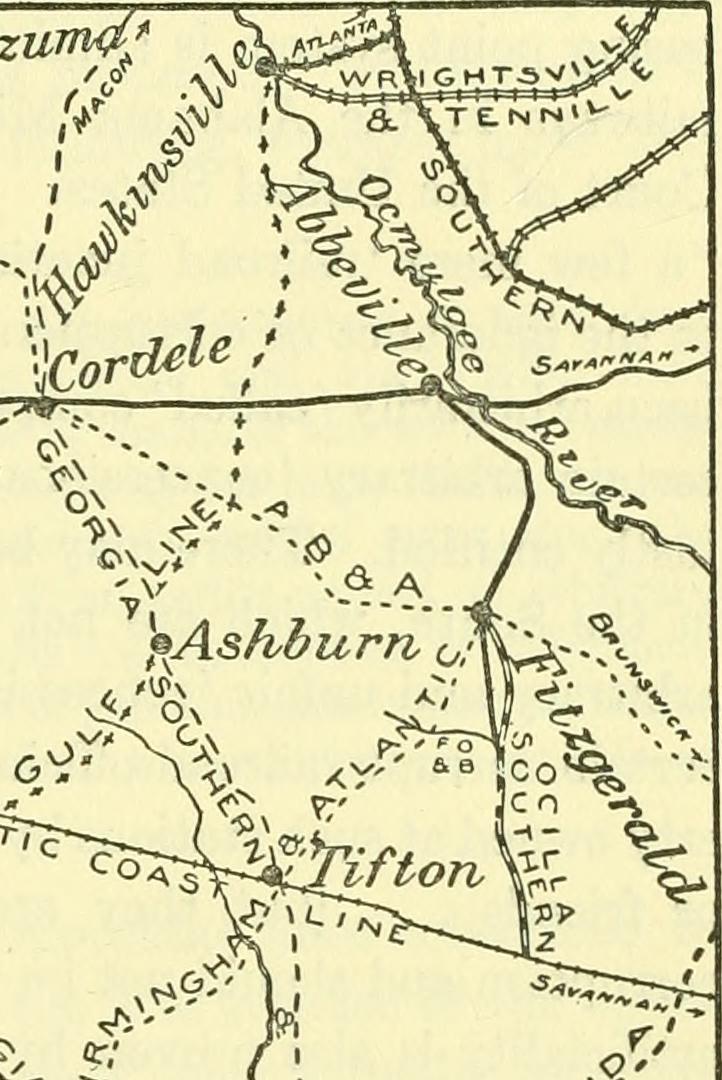 
Text Appearing Before Image:
7 to all the neighboringplaces. Examination of the history of these favored townsshows, however, that they have acquired their favored statusas basing points, neither because they were originally importanttrading centres, nor because they enjoyed water competition.Two of them, actually, are as remote from streams as is Ashburn.The fact is that the competition of western and eastern dealerswith one another, backed in each case by local railroads havingroutes or affiliations either northeast or northwest, has brought1 23 I.C.C. Rep., 140. THE BASING POINT SYSTEM 389 about their establishment as basing points. Neither is Ash-burn today more of a local point than either Tifton or Cordelewhen they were first granted lower rates. As one examinesfurther, it appears that this keenness of trade competitionbetween East and West, — that is to say, from Baltimore and W-; IMontez ^ .0 «>■>• ^ ^ :^a a :o p>:n :o >:> rr>: V-° J/o 0 rf* xa ,oc2 ^ A^ S^G y? .<£&&,

Text Appearing After Image:
pAshburn v:- ^ J^airibridge A. C. -Thom asVi y.« ZK »* **1 .^ 0\ *•=?£ <? oto # : New York as against Cincinnati and Chicago, etc., — whichhas brought Atlanta into prominence and made it finally thekey to the entire southern rate arch,1 has in the same mannerled to the special favors granted to one town as against another,i Cf. p. 248, supra. 390 RAILROADS In this case the Interstate Commerce Commission ordered anequalization between all five points. It is to be hoped thatthis special case may be a point of departure for a generalreform in the immediate future of the entire iniquitous schemeof local favoritism which has too long been allowed to exist.The entire artificiality and even at times iniquity of thebasing point system is admitted in the following brief for therailways in the Alabama Midland case before the SupremeCourt of the United States. There may be, it is conceded,a few mere railroad junctions in the South, which, owingto the ignorance or corruption of certain