Image from page 292 of "Reports of explorations and surveys, to ascertain the most practicable and economical route for a railroad from the Mississippi River to the Pacific Ocean" (1857) 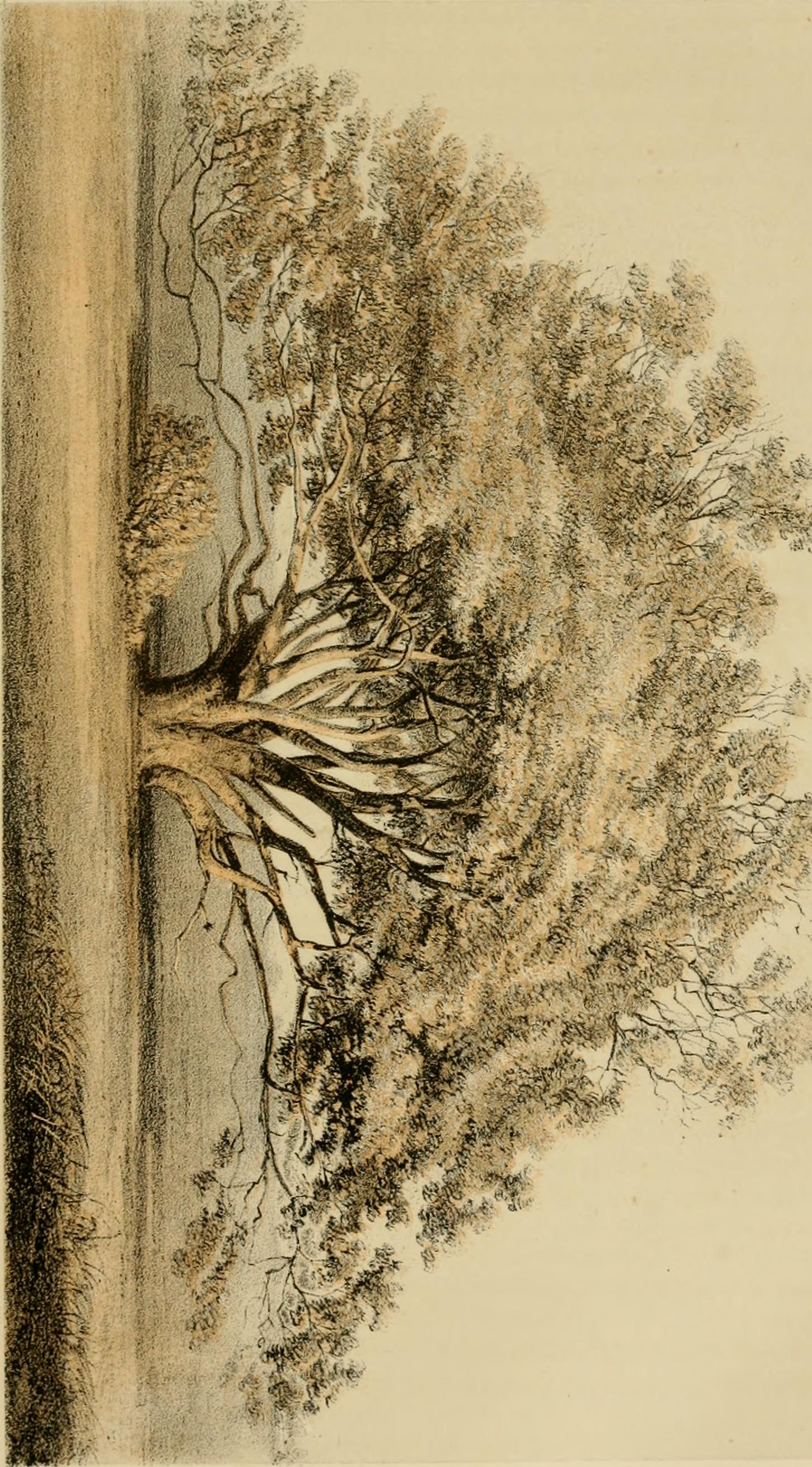 
Text Appearing Before Image:
d, a quarter to three-eights of an inch in diameter, and is nearly filled with triangular stony seeds. These seeds arecovered by a pulp, which has the consistence and taste of that of the fruit of the BlackHaw. The manzanita berry is regarded as eatable, and is the favorite food of the grizzly bear. It was frequently eaten by our party, but in most circumstances is too dry, and has too little flavor to be highly relished. As an ornamental shrub, the manzanita is well worthy of introduction into the parks and pleasure grounds of the eastern States ; and since it grows up to the line of perpetual snow on the mountains of California, it would doubtless be hardy in any part of the Union. The wood of this shrub is very dense and hard, of a reddish color, and somewhat resembles that of the apple tree. No use is made of it in the arts at present, except that rustic seats are sometimes formed from its crooked and twisted branches ; for which purpose it is exceedingly well adapted. > 2 >