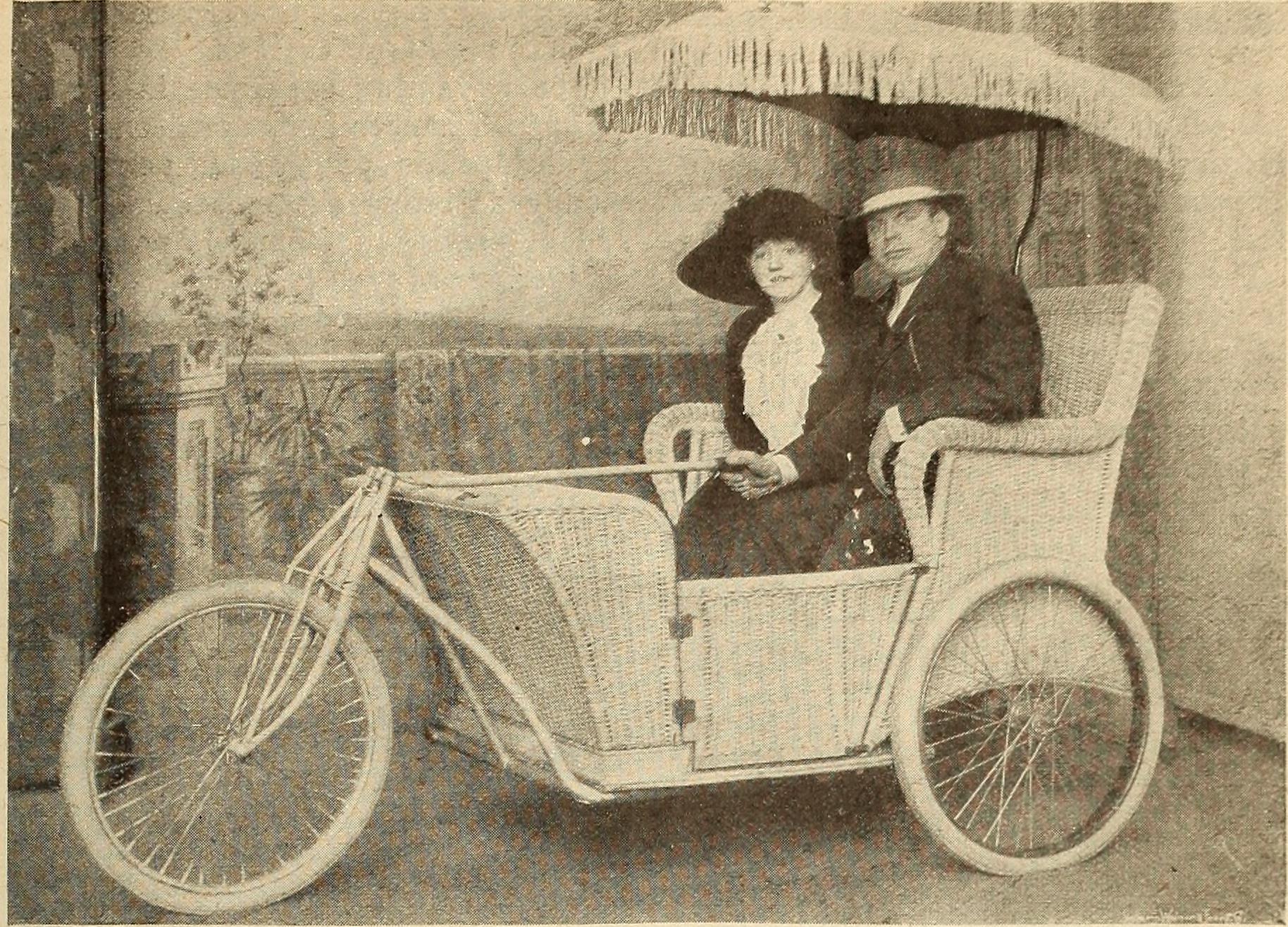 
Text Appearing Before Image:
t is about 100 degrees, which isenough to pour out the coal. The latteris not actually dumped—it is pouredout, and received on a deflecting apronleading into the pier car below, therebyavoiding breaking up the coal into dustwhich would lower the market value.The clamping and turning are accom-plished by two 130 horsepower motorswith a controller arranged to slow downthe movement of the dumper at bothlimits of its travel. Motor Chair for BoardwalksElectric motor chairs at fairs, exposi-tions, summer resorts, etc., will doubtlesssoon replace chairs pushed by men, justas the electric vehicle is taking the placeof the horse. This chair innovation isthe invention of Chas. B. Chrysler ofChicago. The chair consists of a frame made ofcold drawn steel tubing such as is usedin the construction of motorcycles. Thewheels have steel spokes, are ball bear-ing and are equipped with pneumatictires. A three-eighths horsepower motoris furnished with power from an Edi- POPULAR ELECTRICITY MAGAZINE 297

Text Appearing After Image:
THE ELECTRIC BOARDWALK CHAIFk RUN BY AEND OF son battery which will run the chair fourhours without charging. One important feature of the chair isthat it can run only as fast as one ordi-narily walks—about four and one-halfmiles an hour. The chair is guided by ahandle that extends back to the passen-gers seat as in a childs tricycle. Thereare two small pedals, one under the toeof each foot. Pressing down on thepedal marked start sets the chair inmotion. Pressing the pedal markedstop brings the chair to a standstill. Further, the passengers have privacyand comfort, each operates his ownchair and need not return to the stationon a hot day out of pity for the pusher.And more, the chair demands no tip atthe end of the ride. The first electric railroad in the (analZone at Panama is being built. The newroad is to run between Panama City andI.a Boca. MOTOK AND WHICH EXACTS NO TIP AT THETHE RIDE Signaling in a Grand OperaProduction In the less conspicuous but equally im-portant field of in