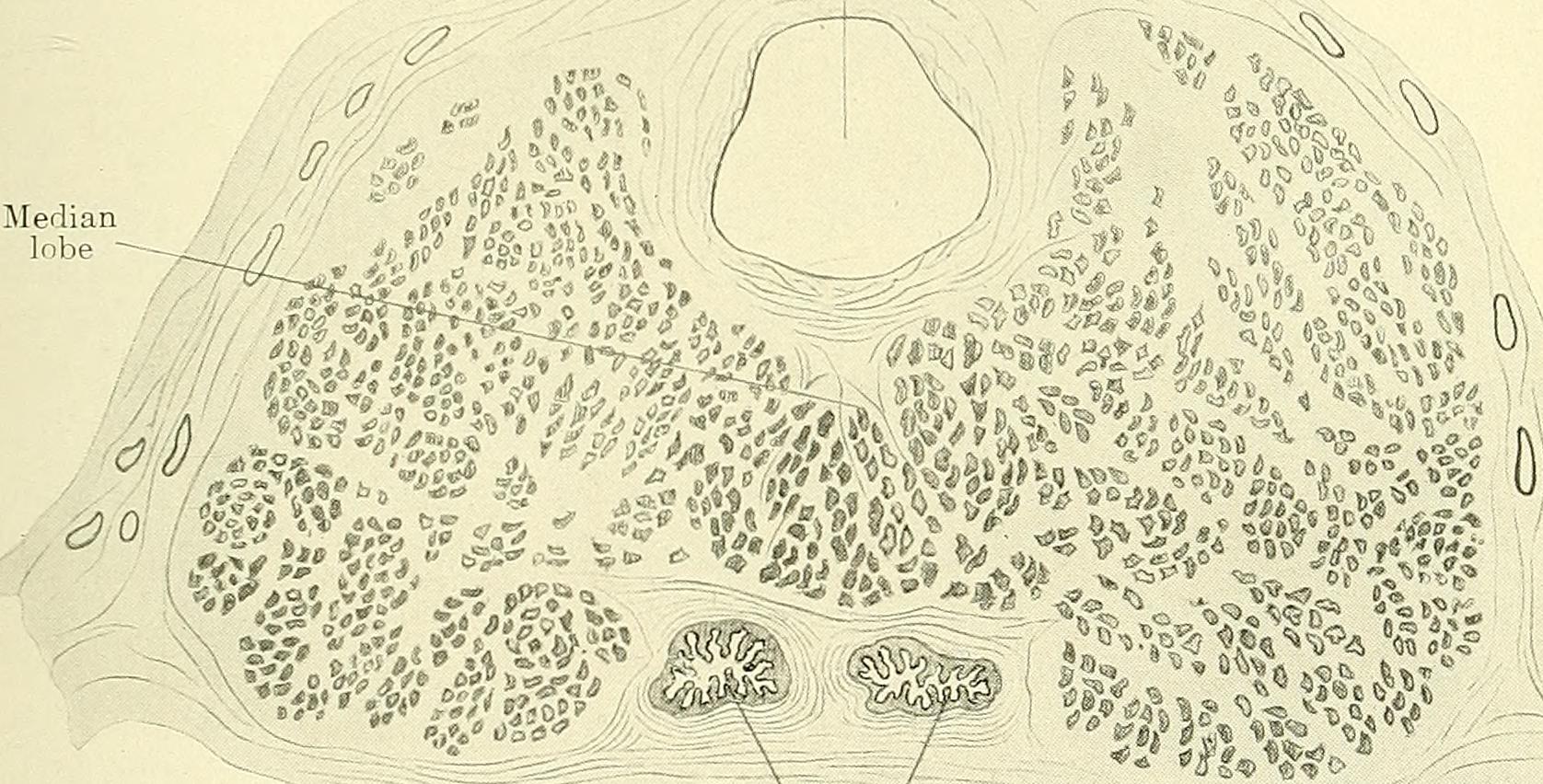 
Text Appearing Before Image:
le (Proust)A, Central tendon; B, space between bulb and rec-tum; C, recto-urethralis muscle; D, posterior layer ofaponeurosis of Denonvilliers; E, space between the twolayers of aponeurosis of Denonvilliers. ANATOMY. . 379 line of the urethra and nearest to the bladder of all the accessory ducts.On each side of the utricle are the orifices of the vasa deferentia. Stilllower down, and at a considerable distance from the bladder, the ducts ofthe prostates open into the urethra on each side posteriorly. The factthat in animals the utricle enters the urethra in an entirely differentlevel than the prostatic ducts shows that the prostate cannot be consideredthe homologue of the female uterus, which arises from the same fetalstructure as the utricle, the Miillerian duct. Histology.—The prostate consists of gland tissue surrounded bystroma which is continuous with the capsule, the urethra, and the bladder.Convergent strands of stroma extend from different points of the capsule Urethra I V%^

Text Appearing After Image:
Ejaculatory ducts. Fig. 209.—Transverse Section of Human Prostate Close to Bladder (Slightly Magnified) (Richardson). Shows capsule, stroma, sheath, anterior commissure, lobules of lateral lobes, separate lobules of middle lobe focusing on back of urethra, and the ejaculatory ducts. and end in the urethra, thus dividing the prostate into a large number oflobules, each of which is in reality a separate gland, according to Richard-son, and has its own secreting duct. The duct lies in the center of eachlobule and receives the secretion of many small tubules which radiatefrom it. Between the tubules and the stroma is a layer of connectivetissue containing the vessels and nerves, and upon this lies a basementmembrane. Next comes the secreting epithelium, composed of columnarepithelium upon a layer of round cells. The walls of the acini are throwninto folds so that a large secreting surface is obtained. The tubules areclosely and irregularly packed together except where gland tissue issca