Image from page 351 of "Introduction to classical Latin literature" (1904) 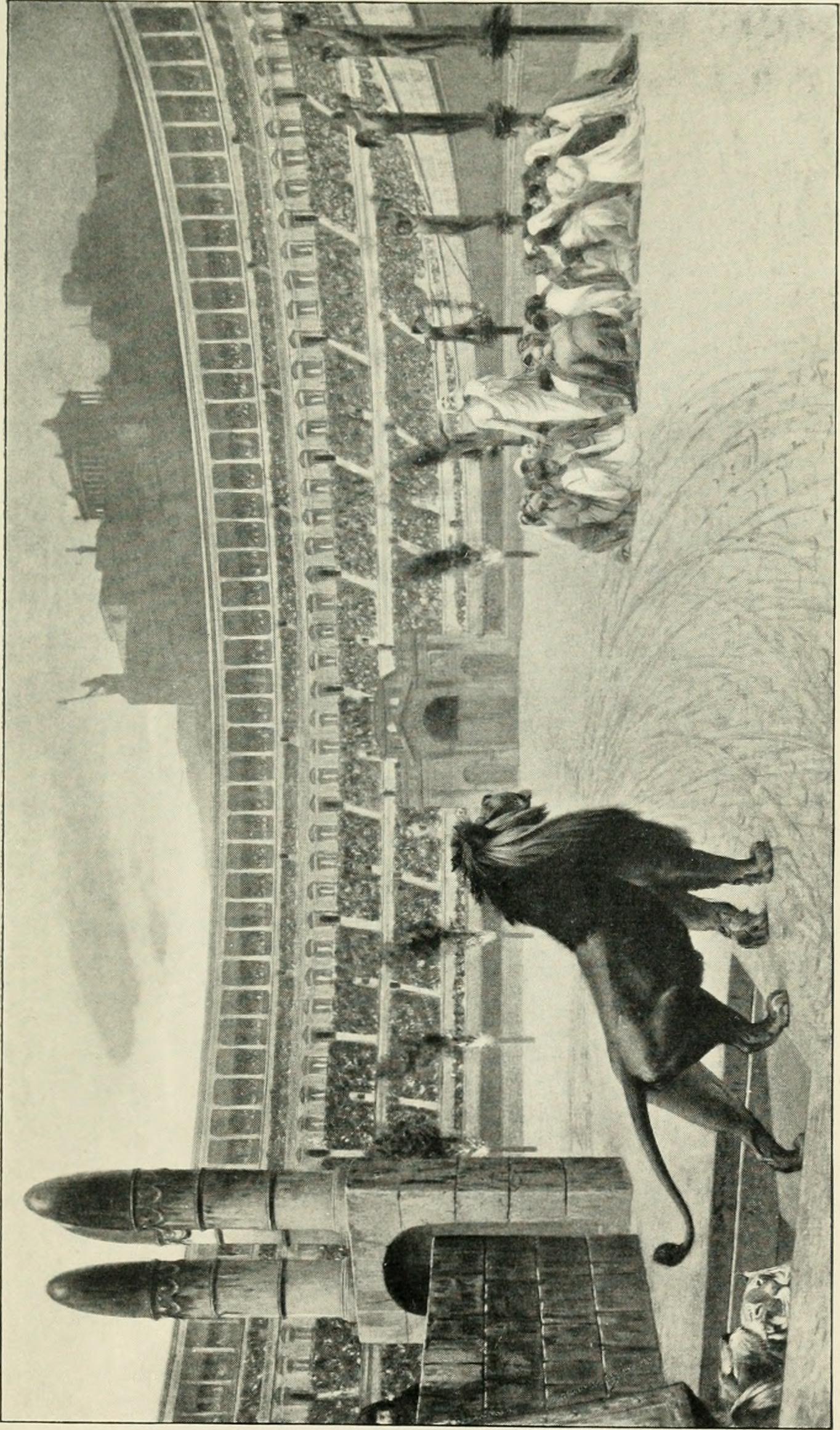 
Text Appearing Before Image:
vor to extort the truth, by put-ting two female slaves to the torture, who were said toofficiate in their religious rites, but all I could discoverwas evidence of an absurd and extravagant superstition.Again we are reminded that a new time is dawning. Of Plinys last days we hear nothing. In his letters toTrajan there is no allusion to a return to Rome. It issimply inferred that he died in his Asiatic province, orpresently after his arrival in Italy. BIBLIOGRAPHY The elder Plinys work fills six volumes, whether in Latin, as lastedited by Detlefsen, or in the Bohn translation. The latter is intel-ligent, and has also copious, rather discursive, foot-notes. Plinys letters are edited for our schools in selections only, thoughneither the bulk nor the quality would liinder us from reading themall. For the non classical student there is a very faithful transla-tion in English, by Lewis (Triibner), and a more readable version inJohnsonese by Melmoth, revised by Bosanquet, for the Bohn series.

Text Appearing After Image:
CO O a y. 71 U CHAPTEK XXXIV CORNELIUS TACITUS55(?) I20(?) A.D. This great master of style, analyst of character, and aus-tere critic of life, casts a long shadow backward, and hasreally been our companion ever since Augustuss death.Indeed, the story of the early empire can never be readwithout him. Even where Tacituss own records haveperished, he has colored the opinions and expressions ofall later chroniclers. Merivales large picture of the earlyempire is largely Tacitean in its outlines and gloomy tints. This author has often been likened to Carlyle. Moreobvious is the comparison with his chief classical rival,Thukydides : for each of these two recorded, in memorableform, what he regarded, no doubt with much truth, as thedownfall, almost the suicide, of his own people. TheAthenian author excels in self-control, apparent impartial-ity, energy in seeking data at first hand, even in states-manlike breadth of view. In vividness, quickness oftouch, withering power of cynical analysis, i