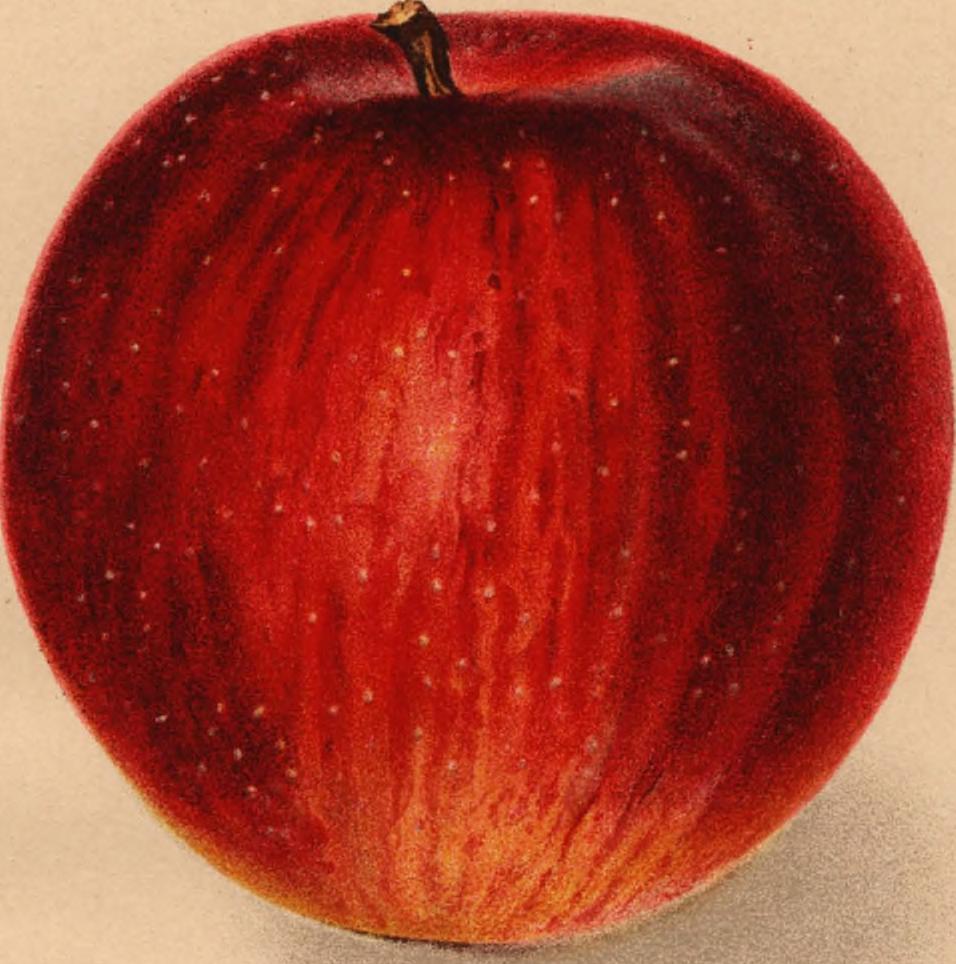 
Text Appearing Before Image:
he original tree and a few trees that he had grown from it, butscions having been previously secured by other persons without hisknowledge, the society derived little financial benefit from its intro-duction. So far as known, it has not been extensively planted east of theRocky Mountains, but it is considered worthy of testing whereversweet cherries thrive. DESOBIITION. Form oblong, heart-shaped; size large to very large; cavity ofmedium size and depth, with gradual slope; stem medium to long,rather slender; suture a mere line, terminating in a russet dot in aslight depression at the apex; surface smooth, except for numerousfine indented dots; color light red, beautifully marbled with darkerred; skin moderately thick, tenacious; stone oval, rather large, ad-hering rather closely to flesh; flesh purplish red, with lighter mar- . , . „ ° Letters of E. L. Smith, Hood River, Oreg., and H. M. Williamson, Portland,Oreg., August, 1907. Yearbook U. S. Oept. of Agriculture, 1907. Plate XXIX

Note About Images
Please note that these images are extracted from scanned page images that may have been digitally enhanced for readability - coloration and appearance of these illustrations may not perfectly resemble the original work.