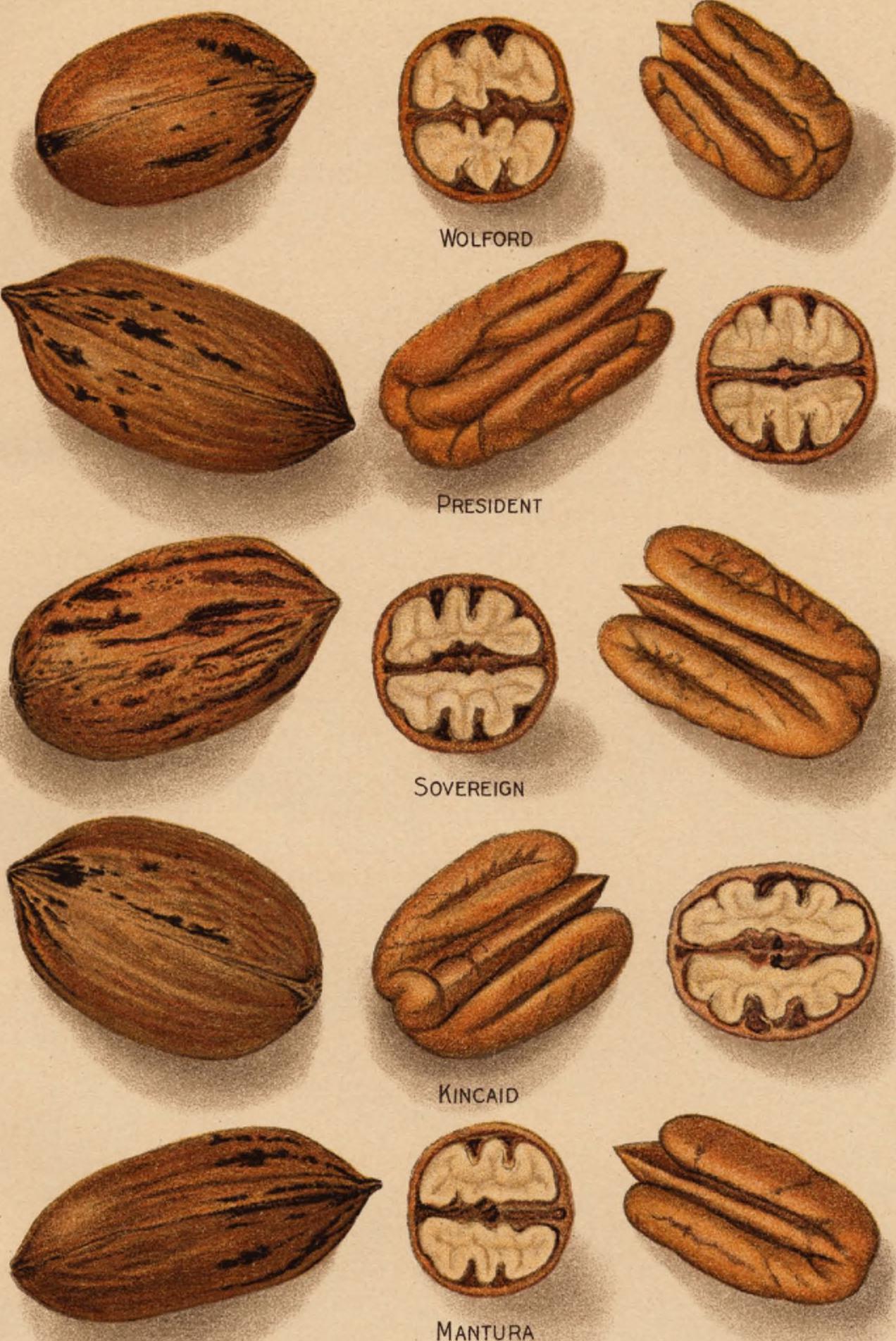 Text Appearing After Image:
£-. J*. c5i/Uo-^r Pecan Varieties TmcSackettS WilmelUs CoN 1 PBOMISING NEW FRUITS. 815 form than are most of the mangoes thus far obtainable in our markets.Season very late, ripening the latter part of August at Miami, Fla.Sandersha is considered well worthy of testing in the mango districtsof Florida, Porto Rico, and Hawaii. The specimen illustrated onPlate XXXV was grown at the Subtropical Laboratory of the Bu-reau of Plant Industry at Miami, Fla. PECANS.[PLATE XXXVI.] As more attention is paid to the pecan as a nut producer in distinc-tion from it as a forest species it becomes increasingly apparent thatOnly a very small proportion of the trees thus far brought to noticepossess sufficient merit to justify their perpetuation and disseminationunder distinctive names. This is especially true of varieties for com-mercial orchards, and emphasizes the importance of conservatism inthe naming and introducing of varieties at the present juncture, whenthousands of planted seedlings in orcha