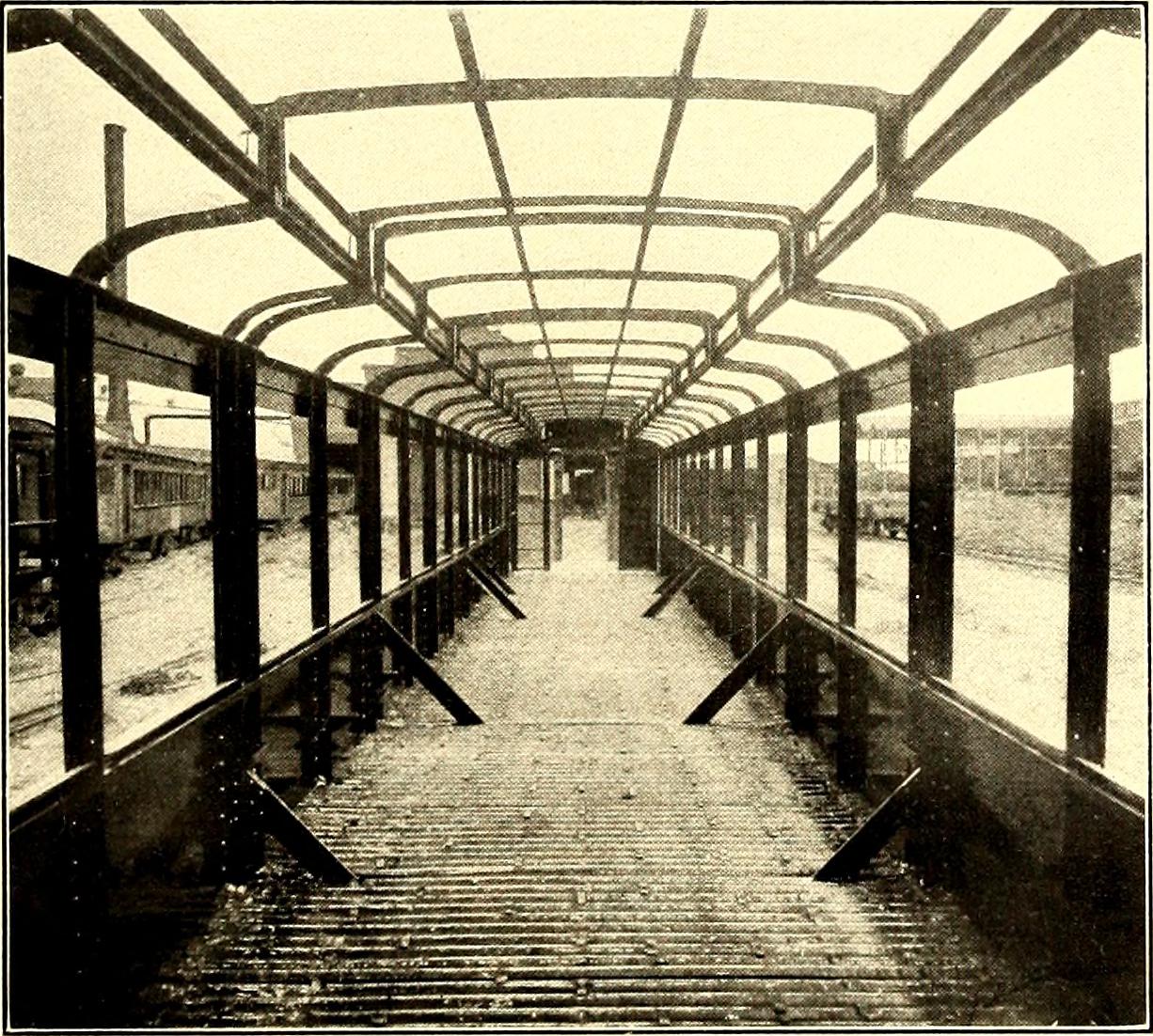 
Text Appearing Before Image:
are carried through thefloor or any partition, a steel chute, lined with electrobestos, isused to protect the wires against mechanical injury. It willbe noted from the above, that no power wiring, switches orfuses are placed in the car itself, all such devices being outsidein special steel insulated compartments. THE STEEL CARS At the time ofplacing the first contract for the rolling stockof the subway, the question of using an all-steel car was care-fully considered by the management. Such a type of car. inmany respects, presented desirable features for subway workas representing the ultimate of absolute incombustibility. Cer-tain practical reasons, however, prevented the adoption of anall-steel car in the spring of 1902, when it became necessaryto place the orders mentioned above for the first 500 cars. Principal among these reasons was the fact that no cars ofthis kind had ever been constructed, and as the car buildingworks of the country were in a very congested condition, all of

Text Appearing After Image:
Side Plates and Corrugated Flooring in Place THREE STAGES IN CONSTRl energies at that time to the production of a wooden car withsufficient metal for strength and protection from accident, i. e.,a stronger, safer and better constructed car than had hereto-fore been put in use on any electric railway in the world. Theseproperties, it is believed, are embodied in the car which hasjust been described. The plan of an all-metal car, however, was not abandoned,