Image from page 55 of "A class-book of botany, designed for colleges, academies, and other seminaries ... Illustrated by a flora of the northern, middle, and western states; particularly of the United States north of the Capitol, lat. 38 3/4" (1848) 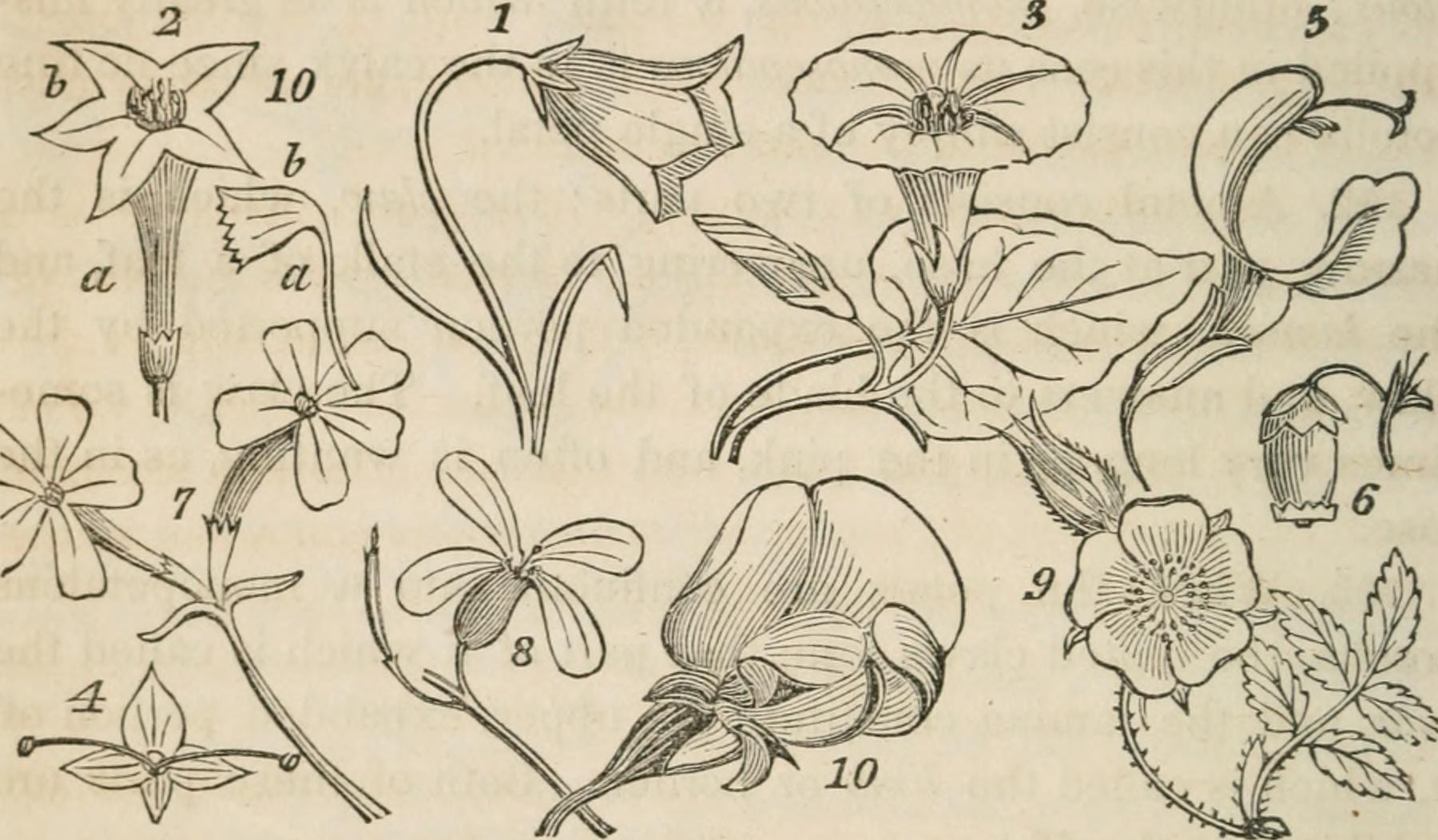 
Text Appearing Before Image:
lows: 1. Campanulate (bell-shaped), having the tube wide, andswelhng abruptly at the base, as in the bell-flower (Cam-panula). 2. Infundibuliform- (funnel-form), tubular at the base, butgi-adually enlarging towards the border. Ex. morning glory,tobacco. 3. Hijpocrateriform (salver-fomi), the tube ending abruptly ina border spreading horizontally. Ex. Plilox. 4. Rotate (Avheel-form), limb regular, or nearly so, spreading,with a very short or imperceptible tube. Ex. mullein. 5. Labiate (hpped). This corolla has its limb deeply cleft 5 48 THE FLOWER. into two irregular segments, called the upper and lower lip. Ifthe Ups be widely separate, they are said to be ringent {ringOyto grin). Ex. monkey-flower. If the upper and lower sides arepressed together, j^crsofiate (^persona, a mask); Ex. snap dragon.If the upper lip is arched, it is termed the helmet or galea. Ex.Lamium. This form of the corolla almost universally char-acterizes the plants of the large and important natural orderLabiata?.