Image from page 103 of "American spiders and their spinningwork. A natural history of the orbweaving spiders of the United States, with special regard to their industry and habits" (1889) 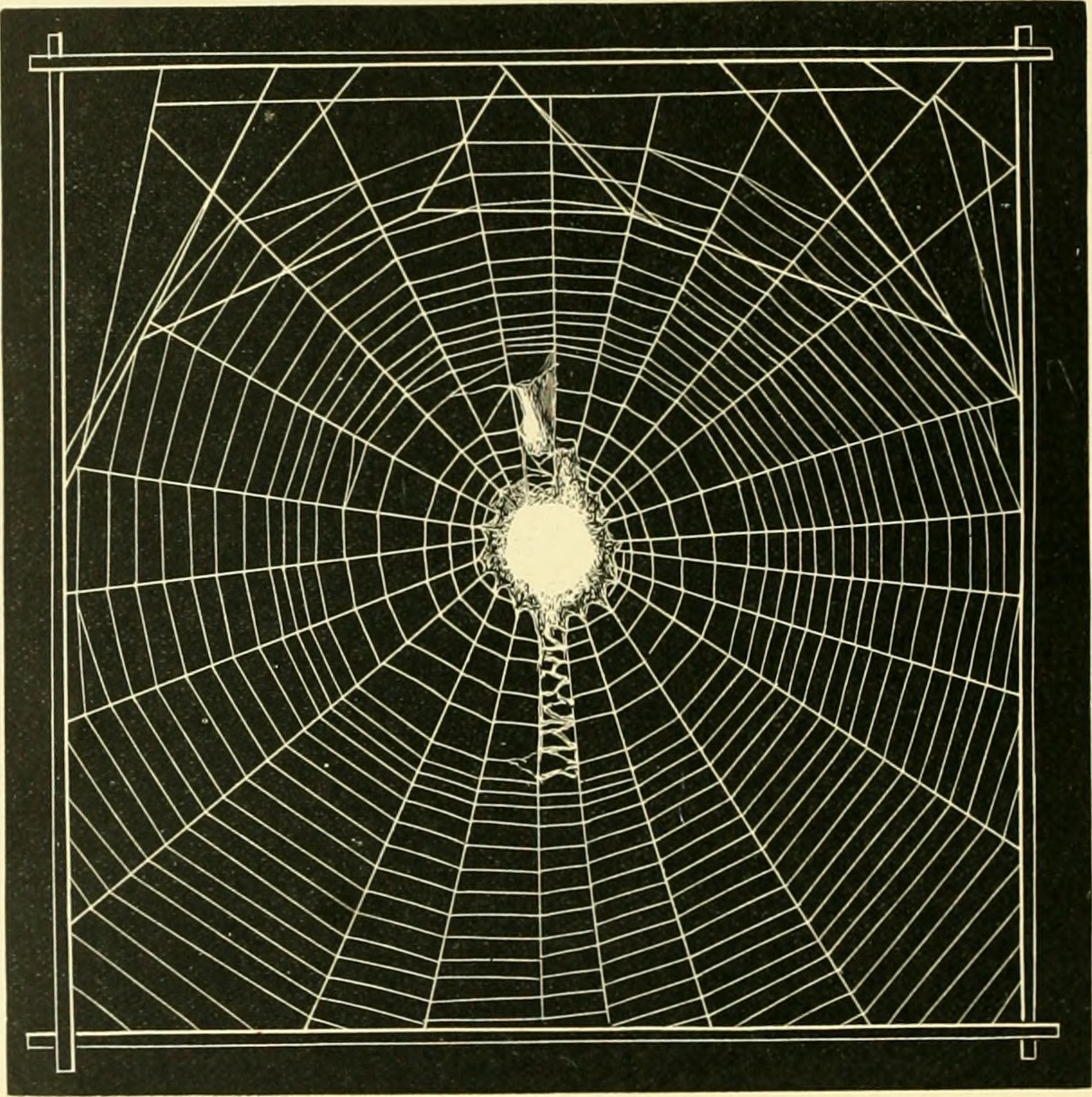 
Text Appearing Before Image:
he adult spider; nevertheless, it appearsoften on the orbs of the very young. This is also the case with tliezigzag ribbon, and I have seen a perfectly marked zigzag both above and ^ The shield represented at Fig. 52 measured two inches long and one and a half wide;another examjile was one and three-fonrtlis by one and one-half inches. 98 AMERICAN SPIDERS AND THEIR SPINNINGWORK. below the sliield space upon the web of the spiderling Argiope, in theearly part of June, when the little creature evidently had been but a fewweeks, probably a few days, out of the cocoon. The purpose of this zigzag is an interesting problem; it evidently hasno special purpose in the daily life habits of the spider; at least, closeand continuous observation of many species colonized upon my i)remiseshave uncovered nothing. I believe that it serves to strengthen the shieldin its position at the hub, staying it by the broad bands which bind to-gether and support the radii. The great weight of the spider is thus

Text Appearing After Image:
Fiii. 90. The central part and upper foundation lines of Argiopes snare. distributed over a much larger part of the orb. It probably answers asimilar purpose when the spider is engaged in swathing tlie large insectswhich often serve it for prey, the strong zigzag cord and central shieldforming a secure attachment for the binding cords, thus keeping the netintact against the struggles of the victim. This zigzag on the snares of Argiope is the nearest approach in natureto that winding stair up which the cunning old spider in the school-book rhymes of The Spider and the Fly dragged his silly victiminto his dismal den. Argiope certainly does pass over it to the lowerpart of her snare; but the ordinary o]ien radii on other orbs are also thus ARGIOPE AND HER RIBBONED ORB. 99 Use of theShield. used. However, in one snare noted, built within a lodge across the angleof two walls, the zigzag was prolonged into a series of lines like the roundsof a ladder, spun across the corner quite down to th