Image from page 57 of "American spiders and their spinningwork. A natural history of the orbweaving spiders of the United States, with special regard to their industry and habits" (1889) 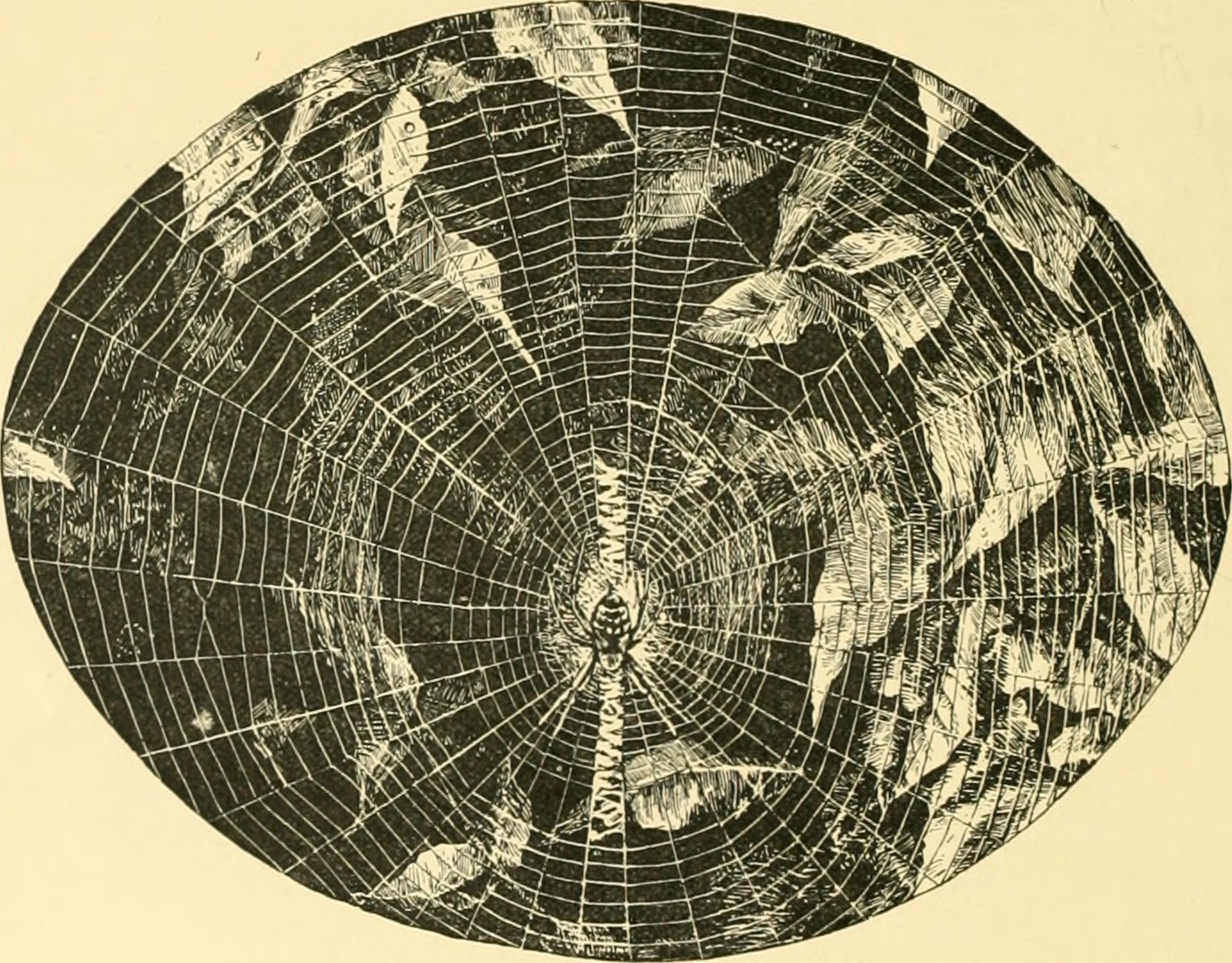 
Text Appearing Before Image:
ntof insects. She can also play upon the sjiecial glands as occasion requires,and extrude the viscid substance which forms along the spiral lines of anorbweb, or the variously colored silk u.sed in cocooniug. The field of comparative anatomy, and especially of histology, affordsinnumerable examples of the wonderful beauty of structure and adapta-tion of organs to the various uses of living creatures. But there are fewobjects better calculated to awaken admiration, even to the point of en-thusiasm, than the machinery by whicli the Orbweaver is enabled toprosecute her spinningwork. • Meckel. CHAPTER III.GENERAL CHARACTERISTICS OF URUWEAVERS SNARES. The so-called geometric web which one sees in art work and bookillustrations has no place in nature. Were that taken as the standard onewould decide that there is little need of comparison, and no room forclassification, since in the books no more differences exist among Orb-weavers snares tlian might be found in the four wheels of a wagon.

Text Appearing After Image:
Fig. 47. A vertical snare, full orbed. Snare of Argiope cophinaria. Unfortunately our artists, and indeed the same is largelj- true of natural-ists as concerns cobwebs, are too much intent upon general effects to attendto such small details as variations in the web architecture of a s])ider.As common a figure as is the wheel shaped snare of the Orbweaver, I re-member but one which gave proof uf having been drawn from a natural (52) GENERAL CHARACTERISTICS OF ORBWEAVERS SXARES. 53 web by one who knew its characteristics. ^ In point of fact, we shall see that there are very striking diiferences in form and structure among the snares spun by the Orbitelarife. In the following chapters these differences ^^■ill be pointed out and illustrated, and an attempt made to group and arrange the various snares in some natural order. I define anOrbweb , , , , ^ . , ,. Defined, orbweb as a snare constructed of right hues radiating from a common centre, and crossed spirally, for the most i)art, l&gt