Image from page 656 of "The biographical annals of Ohio, A handbook of the government and institutions of the state of Ohio" (1902) 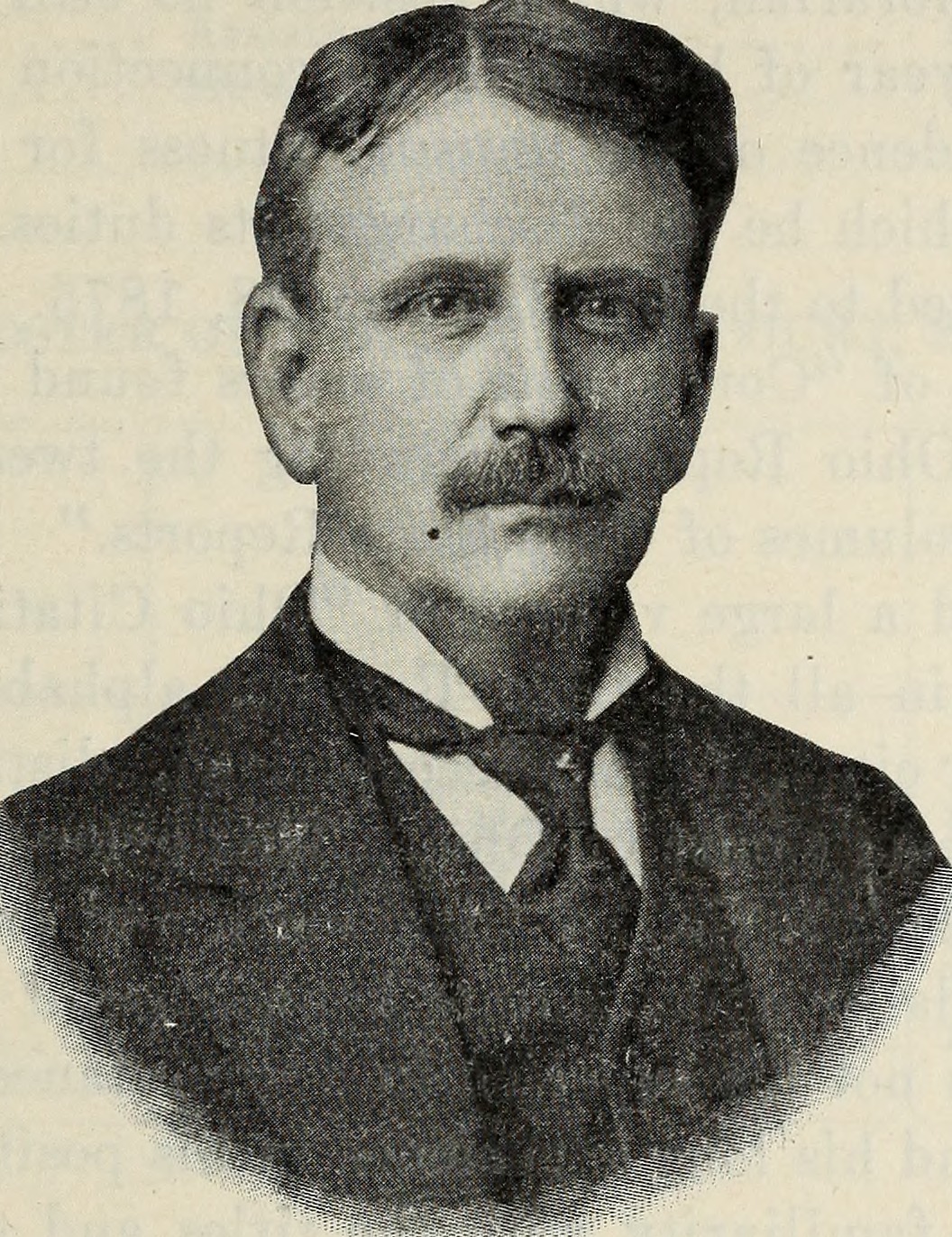 Try to find the date or year when this image was made.
Thanks for contributing!
Identifier: biographicalanna00tayl_0
Title: The biographical annals of Ohio, A handbook of the government and institutions of the state of Ohio
Year: 1902 (1900s)
Authors: Taylor, William Alexander, 1837-1912 Scobey, Frank Edgar, 1866- comp McElroy, Burgess L., 1858- comp Doty, Edward William, 1863- comp Ohio. General Assembly
Subjects:
Publisher: [Springfield, Ohio]


Text Appearing Before Image:
an, of Hamilton County; and LutherDay, of Portage County. Mr. Harrison refused to accept the appoint-ment and Thomas Q. Ashburn, of Clermont County, was appointedin his stead, and took his seat on the bench on the 16th of March, 18Y8. This commission sat until the 2d day of February, 1879, as anauxiliary to the Supreme Court, and assisted in bringing up the docketwhich had fallen far behind the reasonable time for trial. : THE COMMISSION OF 1883. In 1883, the Governor again appointed a commission of five mem-bers under an enabling act of the General Assembly, and this commiis-sion began its work on the 17th day of April, 1883, and continuedon the bench for the period of two years. The commission of 1883consisted of Moses M. Granger, of Muskingum County, C. J., Geo. K.Nash, of Franklin County; Franklin J. Hickman of Cuyahoga Coun-ty; Charles D. Martin, of Fairfield County; and John McCauley, ofSeneca County. This commission adjourned April 16, 1885. (648) THE SUPKEME COUKT LAW LIBRAEY.

Text Appearing After Image:
MARSHAL OF THE SUPREME COURT AND LAW LIBRARIAN. F^ANK IS^ELLIS BEEBE^ was ■born in Columbus, Ohio, January12, 1850. The Beebe family is of Scotch descent; the great-grandparents of Frank having moved to this country in colonialtimes. Thomas Beebe, Franks great-grandfather, was born Septem-ber 7, 1743, and on June 19, 1767, was married to Olive Hall. Thom-as Beebe died February 24, 1792. During the Revolutionary warThoanas Beebe was an ensign in Captain Halls 6th company of Col-onel Nitbecks regiment (Kinderhook District) of Albany (]^. Y.)county militia. Thomas Beebe was the father of twelve children. Theseventh, Joseph, was born February 23, 1778, and was married to LydiaLeroy, April 21, 1798. Joseph Beebe died September 2, 1864. He wasthe father of eleven children. The eighth, James Henry, was born Jan-uary 29, 1818. James Henry was married to Elizabeth Knapp, ]^o-vember 30, 1848. James Henry died July 12, 1880, leaving fourchildren, the eldest of which, Frank ISTellis, is the sub