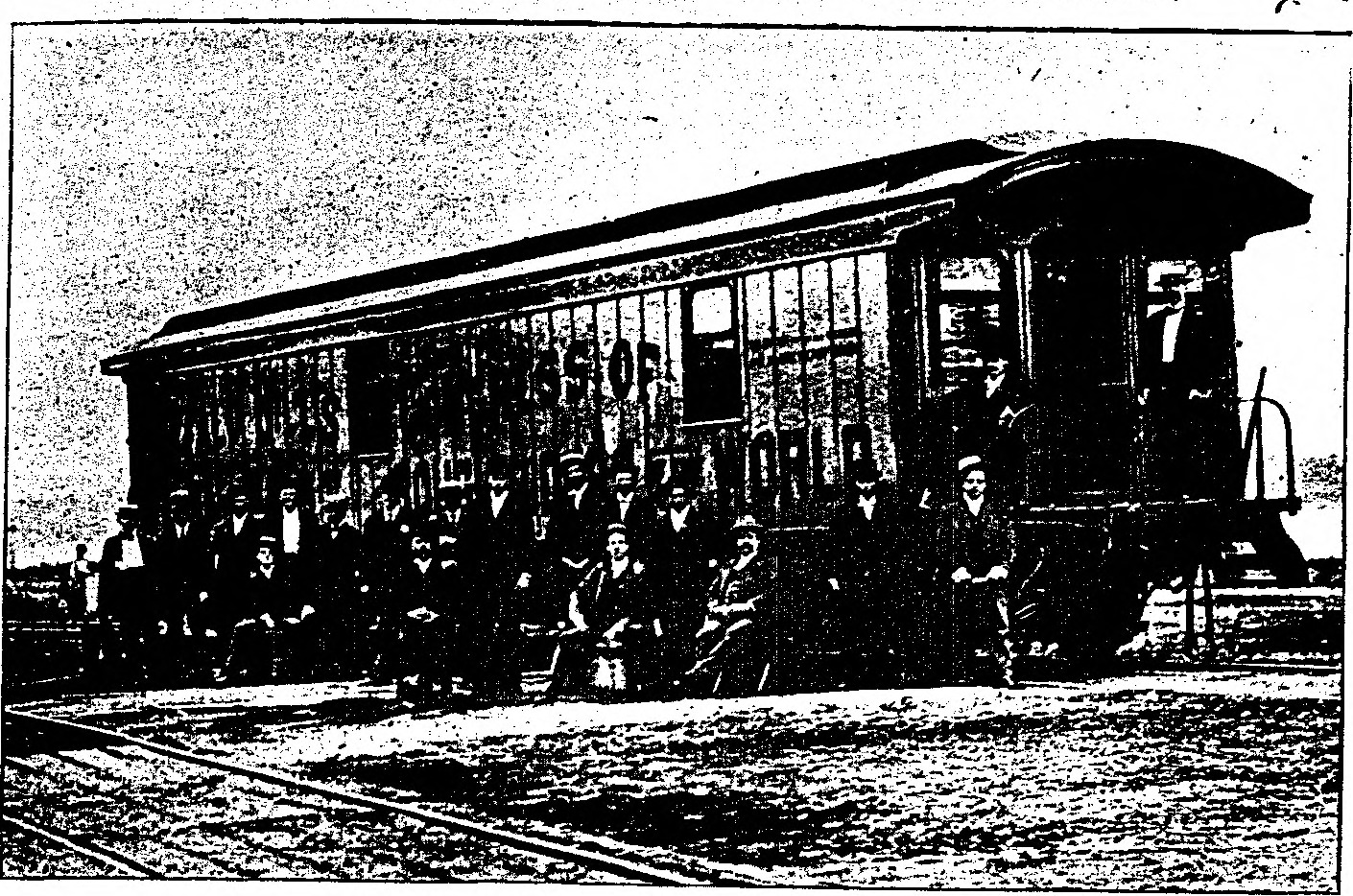 
Text Appearing Before Image:
done thousand and twelve sheets on a countryroute In one day of fourteen hours. It is curious that these phcnomlnal recordsarc Invariably made on country routes, but itis. nevertheless, a fact, as the driver willtestify. The Santa Fe has put out a very prettyposter, announcing the Priests of Pallas andKarntvnl Krewc festivities of Carnival week.The paster Is In black and red upon a back-ground of old gold, and the Illustration In-cludes King Ki Ki, his satanlc majesty:Kween Karnatlon and other appropriate char-acters, with a full list of the attractions ofthe week. THE POSTER GIRL. The poster girl is passing fast, Her. vogue on earth is .oer:Her violet lips and greenish hair■ Wo. soon shall sec no more. That wobbly waist, her twisted arms. Her slanting eyes and hands.Arc fading from these smudgy skies - to other grotesque lands. Oh. ere you die, weird poster girl. While yet for speech theres room-Say, when youre burled would you likeA pink and purple tomb? —Exchange. THE BILLBOARD

Text Appearing After Image:
Who Was He ? ADVERTISING CAR NO. J.Buffalo Bills Wild West. Rochester. Gty Loses in Action Against Billyosting Co— Sought to Have the Company RemoveBillboard - Company Given a PermanentInjunction Restraining the City from Re-moving the Board. . (Special Correspondence.)The Rochester Bill Posting Company hascome out victorious in its fight with the citywhich sought to have a bill board on EastMain street removed on the ground that itwas unsightly and dangerous. The case wasdecided by Judge Dwlght of the AppellateDivision. ptember 27, the court giving thecompany a permanent injunction restrain-ing the city from removing the bill board. In November, 1894, the Rochester Bill Post-ing Company, had a bill board about ten feethigh and 150 feet long erected on the southside of East Main street between University-avenue and North Union street. In the SixthWard. Objection was made to- the board by-some of the residents of the vicinity, and thematter was called to the attention of Alder-man Ad