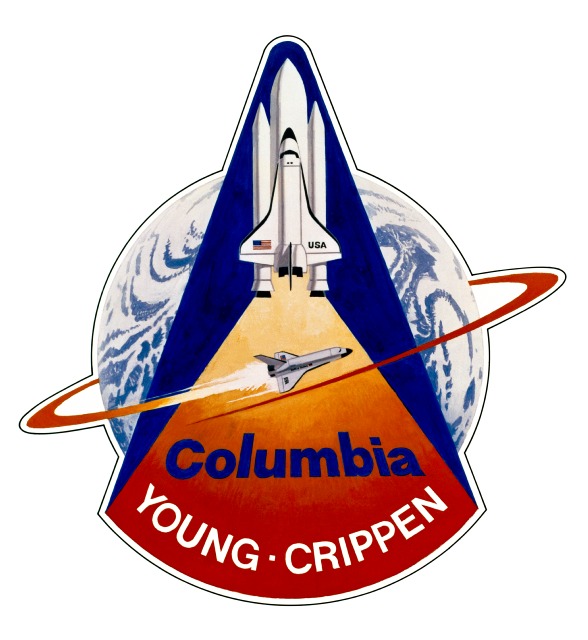 Try to find the date or year when this image was made.
Thanks for contributing!
Launch- April 12, 1981
Landing- April 14, 1981 Edwards Air Force Base, Cal.
Astronauts: John W. Young, Robert L. Crippen
Space Shuttle: Columbia
STS-1 demonstrated and tested the safe launch and return of a reusable space craft. A total of sixteen thermal protection system tiles were lost and 148 tiles were damaged during the mission. Most of the tile damage came from overpressure wave created by the solid rocket boosters. Modifications to the water sound suppression system for later missions eliminated the problem.