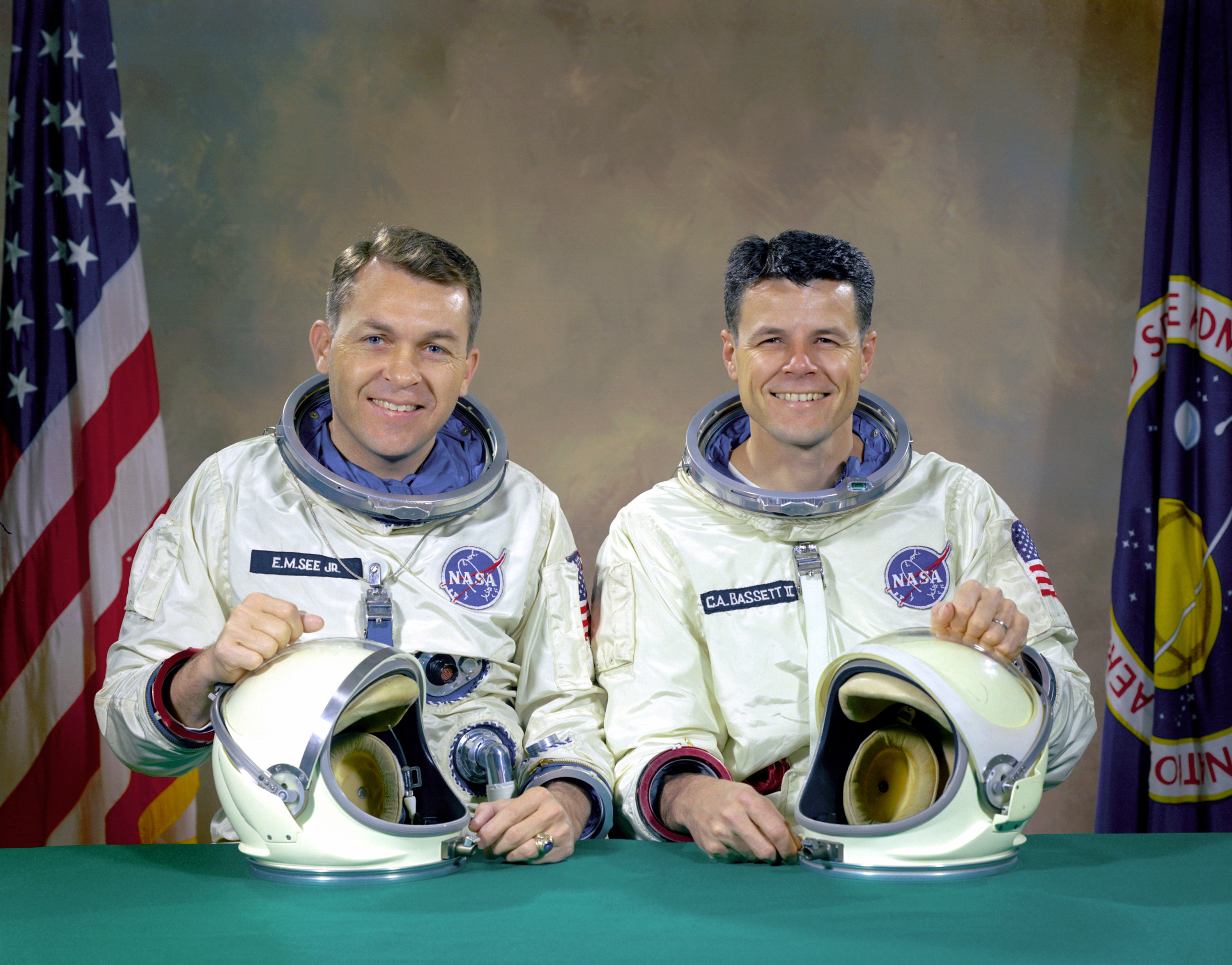 Try to find the date or year when this image was made.
Thanks for contributing!
The original Gemini 9 prime crew, astronauts Elliot M. See Jr. (left), command pilot, and Charles A. Bassett II, pilot, in space suits with their helmets on the table in front of them. On February 28, 1966 the prime crew for the Gemini IX mission were killed when their twin seat T-38 trainer jet aircraft crashed into a building in which the Gemini spacecraft were being manufactured. They were on final approach to Lambert-Saint Louis Municipal Airport when bad weather conditions hampered pilot See's ability to make a good visual contact with the runway. Noticing the building at the last second as he came out of the low cloud cover, See went to full afterburner and attempted to climb in an attempt to miss the building. He clipped it and his plane crashed.