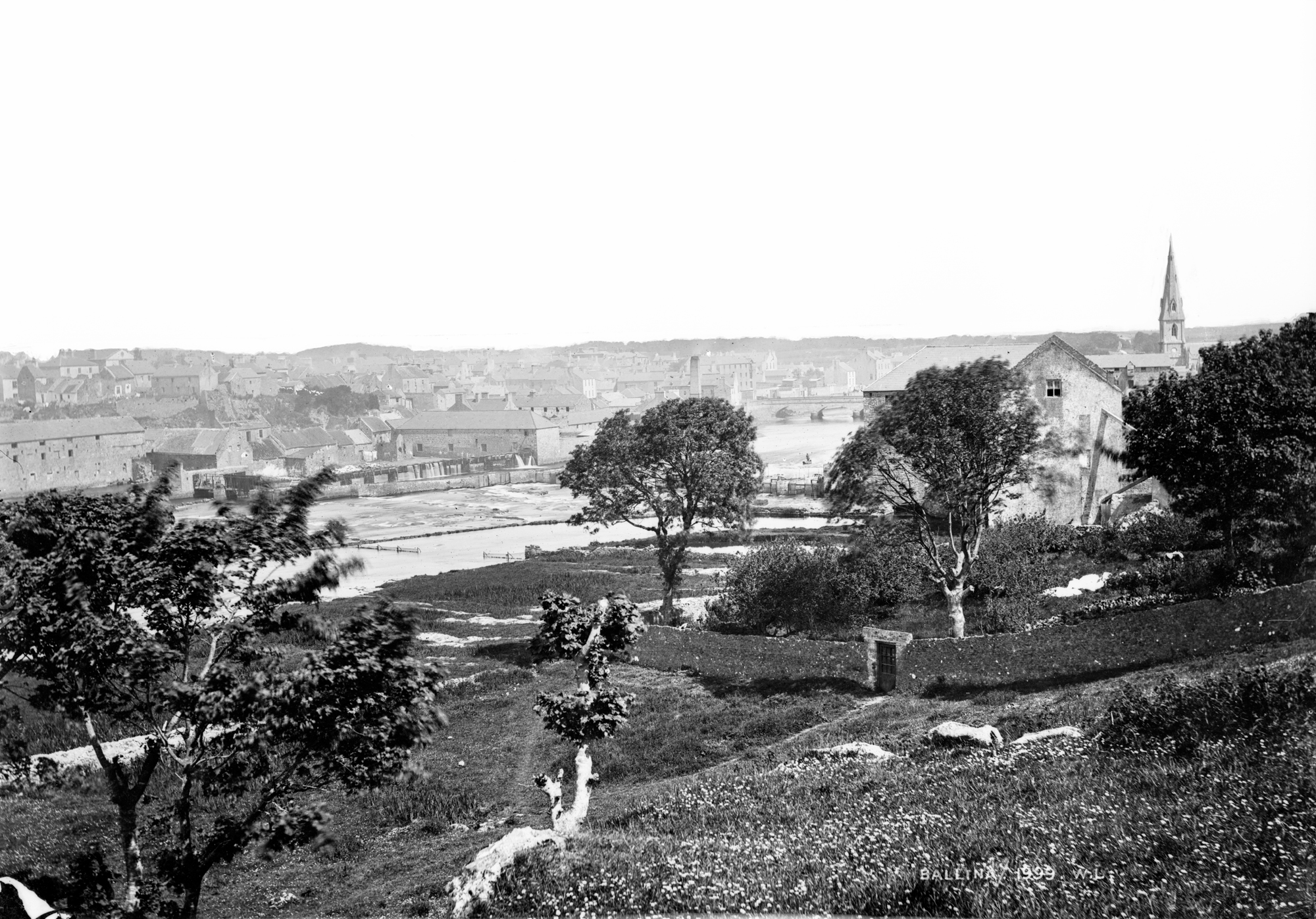 Try to find the date or year when this image was made.
Thanks for contributing!
King Street, Ballina, Co. Mayo

Not King Street Ballina Co. Mayo, nor King Street, Ballina, New South Wales, this is a view overlooking the famous Ridge Pool and the old fish traps on the River Moy.

The Ballina salmon weir has stood at the mouth of the
River Moy, Ireland’s most prolific salmon river, for over
300 years. Originally built in the 16th Century, the weir
has functioned since that time as a means of harvesting
salmon that were channelled into one of its nine holding
boxes as they made their way upstream to spawn. In
these more enlightened times, all commercial
exploitation of salmon on the River Moy has ceased and
the ancient structure of the weir has now been modified
to accommodate a series of electronic fish counters
whose function is to provide valuable information on
salmon stocks which will ultimately be used in the
conservation of the species