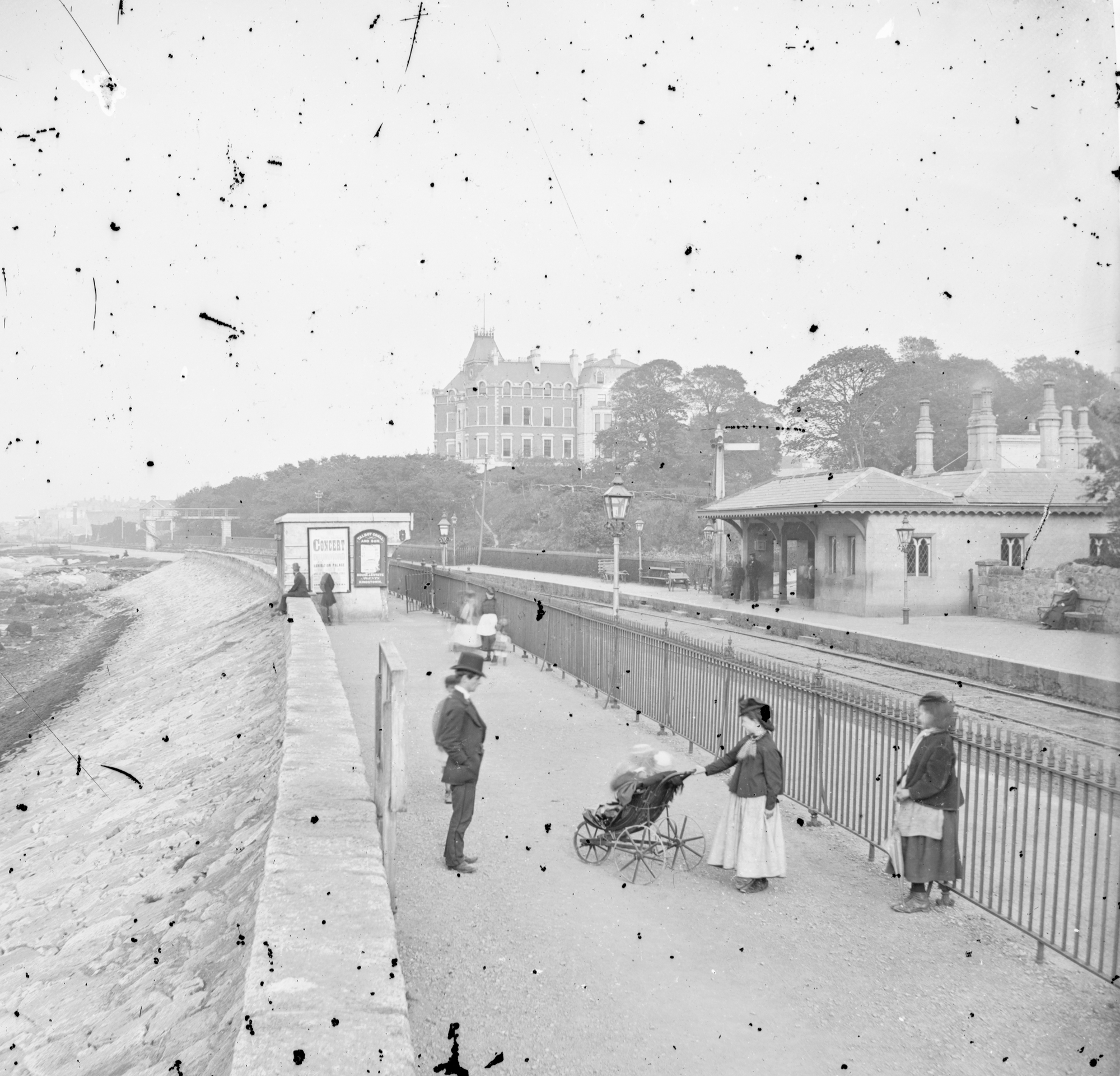 Try to find the date or year when this image was made.
Thanks for contributing!
Salthill Railway station, people, including girl with pram, Monkstown, Co. Dublin.

I am a great admirer of the Stereo Pairs Collection, I think that many photographers today would be very happy to take photographs half as good as some of the specimens we have the pleasure to see on this stream.

Today we visit the leafy suburbs of South County Dublin, Salthill Railway Station to be precise, we see the Salthill Hotel in the background and a very modern looking bridge with spiral steps, which I presume is for the use of Hotel patrons. OwenMacC links to a nice photo of the spiral staircase - see below.

John Spooner in his inimitable style tells a story of violence and a blood covered gouge, which had been used to inflict near fatal injuries. I have sounded the appropriate Klaxon!!. Do also see his comment on a very destructive storm on 5th January 1877.

Thanks to "The Cookie Munster" swordscookie for details on the Station itself.

I am very surprised that no one mentioned the signs in the middle of the photo!!!!