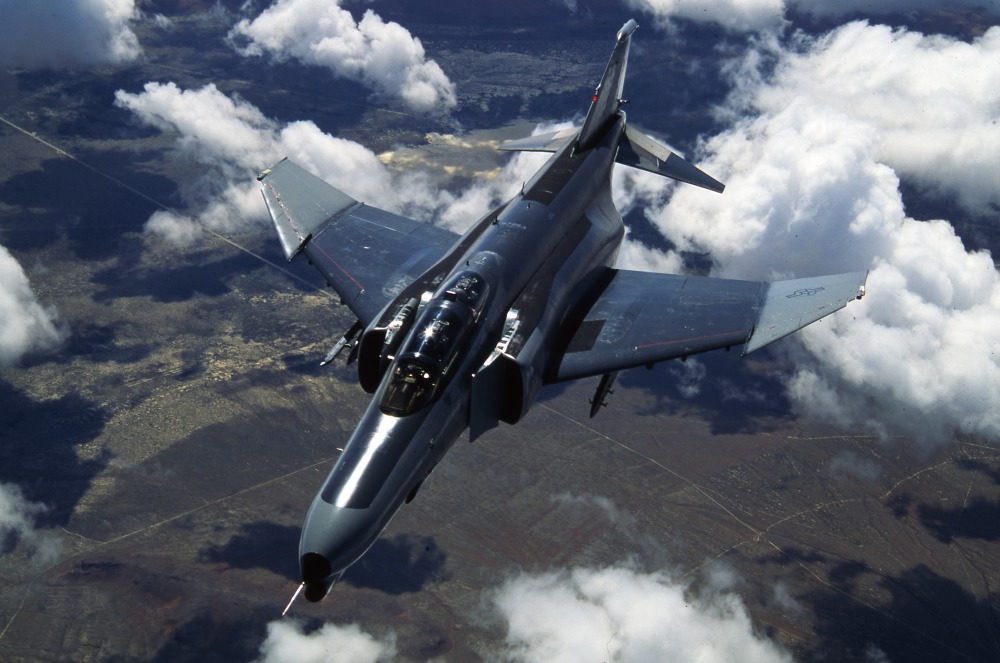 Try to find the date or year when this image was made.
Thanks for contributing!
PictionID:43925660 - Title:McDonnell F-4G 7Jun94 RJF - Catalog:17 - Filename:17.S_000999.tif - ----Image from the René Francillon Photo Archive. Having had his interest in aviation sparked by being at the receiving end of B-24s bombing occupied France when he was 7-yr old, René Francillon turned aviation into both his vocation and avocation. Most of his professional career was in the United States, working for major aircraft manufacturers and airport planning/design companies. All along, he kept developing a second career as an aviation historian, an activity that led him to author more than 50 books and 400 articles published in the United States, the United Kingdom, France, and elsewhere. Far from “hanging on his spurs,” he plans to remain active as an author well into his eighties.-------PLEASE TAG this image with any information you know about it, so that we can permanently store this data with the original image file in our Digital Asset Management System.--------------SOURCE INSTITUTION: San Diego Air and Space Museum Archive