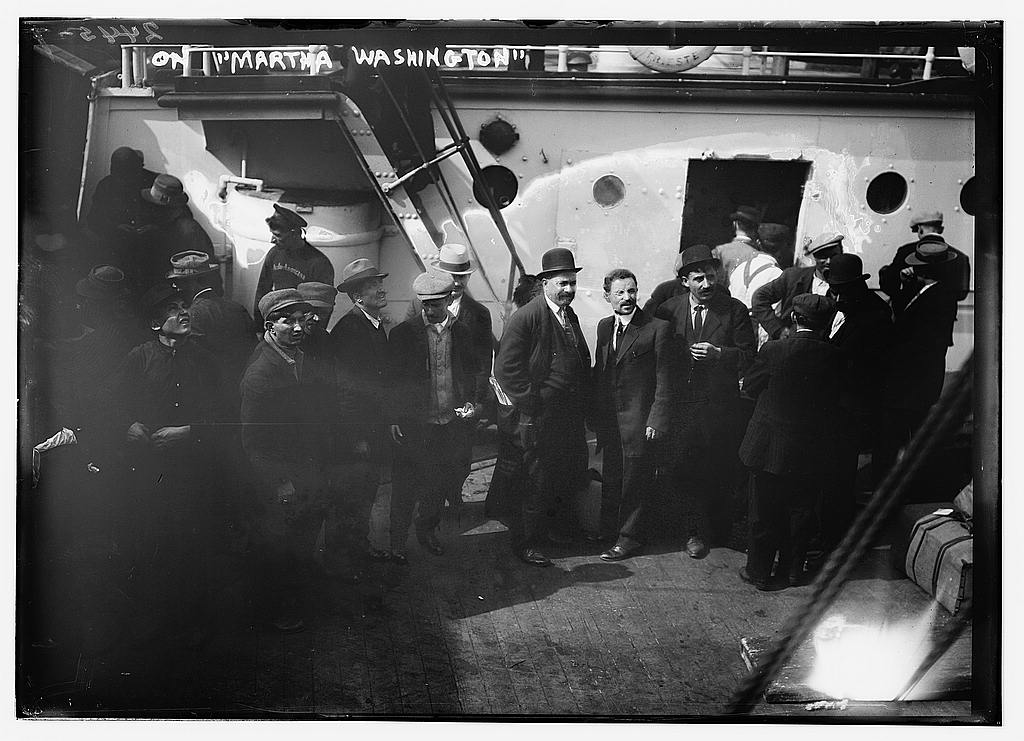 Try to find the date or year when this image was made.
Thanks for contributing!
Bain News Service,, publisher.

Notes:
Title from unverified data provided by the Bain News Service on the negatives or caption cards.
Photo taken when Greek immigrants left New York City to return to their country and fight in the first Balkan War, which began in October 1912. A New York Times article (10/6/1912) "mentions that the passenger liner, Martha Washington, was carrying Greek reservists who had been summoned home by royal decree." (Source: Flickr Commons project, 2008)
Forms part of: George Grantham Bain Collection (Library of Congress).

General information about the Bain Collection is available at hdl.loc.gov/loc.pnp/pp.ggbain