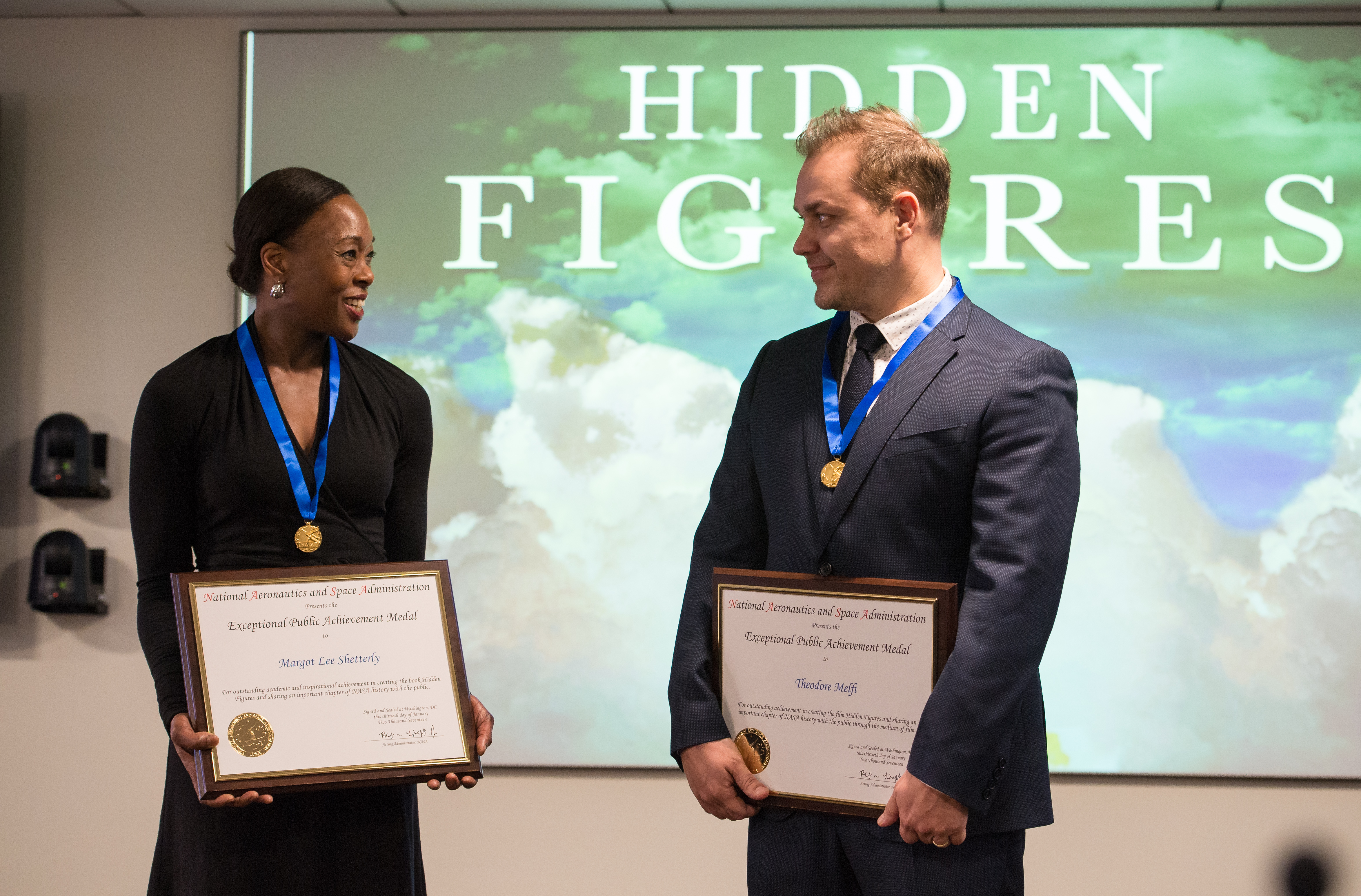 Try to find the date or year when this image was made.
Thanks for contributing!
“Hidden Figures" filmmaker Ted Melfi, right, gives remarks, standing next to author Margot Lee Shetterly, left, after they were awarded NASA Exceptional Public Achievement Medals by acting NASA Administrator Robert Lightfoot and NASA astronaut Alvin Drew, Wednesday, February 15, 2017 at NASA Headquarters in Washington. The "Hidden Figures" film was based on the book of the same title, by Shetterly, and chronicles the lives of Katherine Johnson, Dorothy Vaughan and Mary Jackson -- African-American women working at NASA as “human computers,” who were critical to the success of John Glenn’s Friendship 7 mission in 1962. Photo Credit: (NASA/Aubrey Gemignani)