Photograph depicting the deck of the HMAS Wyatt Earp. 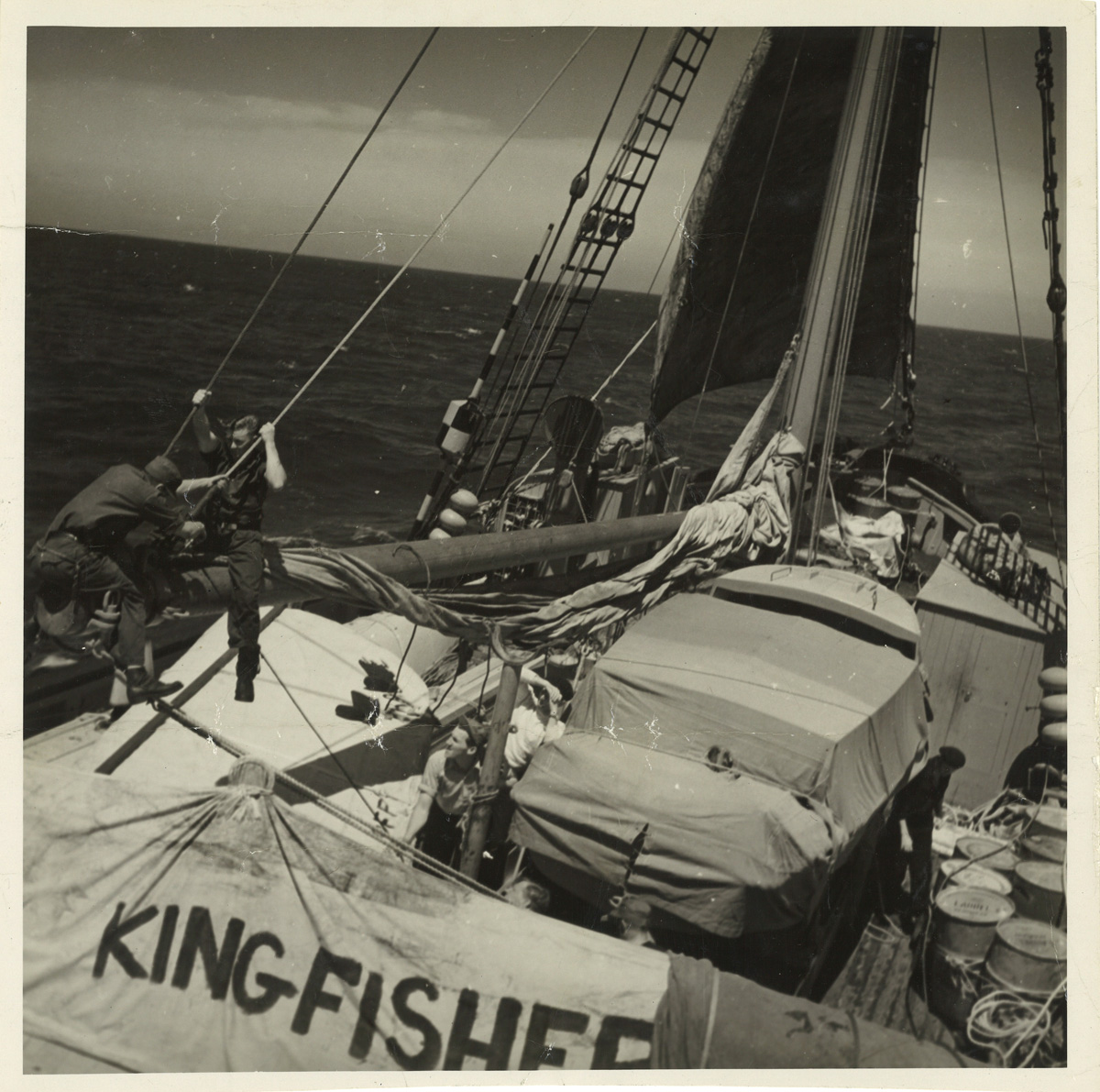 Try to find the date or year when this image was made.
Thanks for contributing!
Remembering the ‘Twerp’

On 26 December 1947, a small, nondescript wooden-hulled motor vessel set off from Hobart, bound for Antarctica. Its silhouette resembled that of an ageing offshore fishing craft, but its weather deck was packed from stem to stern with supplies and equipment – including a single-engine Vought-Sikorsky Kingfisher floatplane. At the helm was Commander Karl E Oom, an officer in the Royal Australian Navy (RAN). He was supported by five naval officers, 22 ratings, a Royal Australian Air Force pilot and air fitter mechanic, and an Australian Department of Information photographer. The complement was rounded out by four civilian scientists who were responsible for conducting a series of experiments, and observing meteorological and other natural phenomena in the Antarctic.

Their voyage would be the first to operate under the banner of the Australian National Antarctic Research Expedition (ANARE), a series of post-war initiatives to establish Australian scientific research stations in Antarctica and the sub-Antarctic territories of Heard Island and Macquarie Island. ANARE laid the foundation for the establishment of the Australian Antarctic Division, and in later years Australia’s polar research ships could trace their lineage back to the little timber craft then making its way towards the world’s southernmost continent: HMAS Wyatt Earp.

The Australian National Maritime Museum undertakes research and accepts public comments that enhance the information we hold about images in our collection. If you can identify a person, vessel or landmark, write the details in the Comments box below. Thank you for helping caption this important historical image.

Find out more about HMAS Wyatt Earp on our blog.