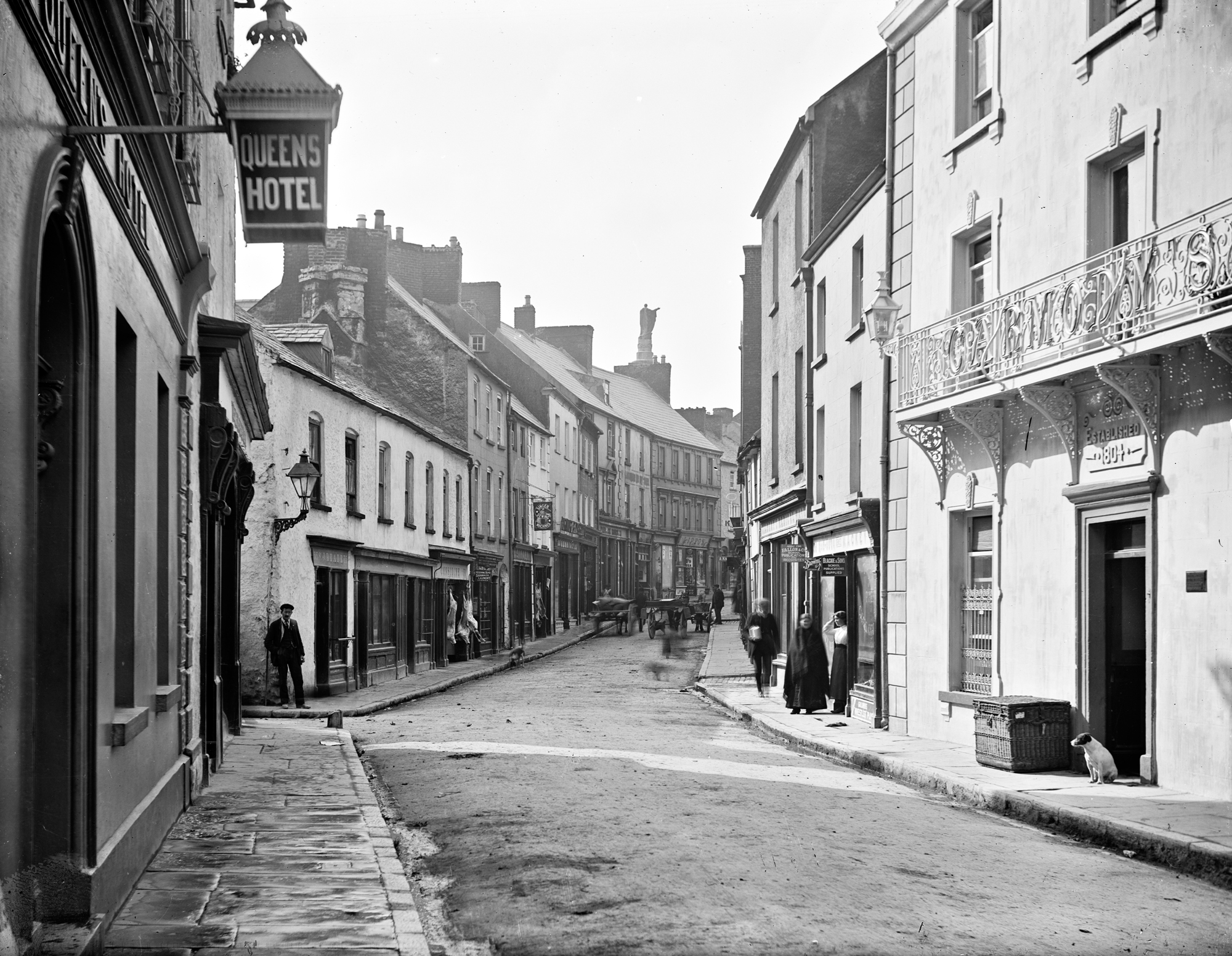 Try to find the date or year when this image was made.
Thanks for contributing!
Lots to enjoy for lovers of signs and canines. Less so for those disposed to welfare of bovines. Is this first of future rhyming headlines? Nah; to the census - to find the Considines!

Based on the businesses we see here (and that of a seemingly contemporary reverse view), it's likely this image was taken closer to the end of the range in the catalogue entry (c.1910) than the start of the range. Which would put it, per beachcomberaustralia within a few years of real-life tragedy that seemingly inspired Joyce to mention the pictured Queen's Hotel in his celebrated Ulysses:
- His father poisoned himself, Martin Cunningham whispered. Had the Queen's hotel in Ennis. You heard him say he was going to Clare. Anniversary