Rights of Man by Thomas Paine 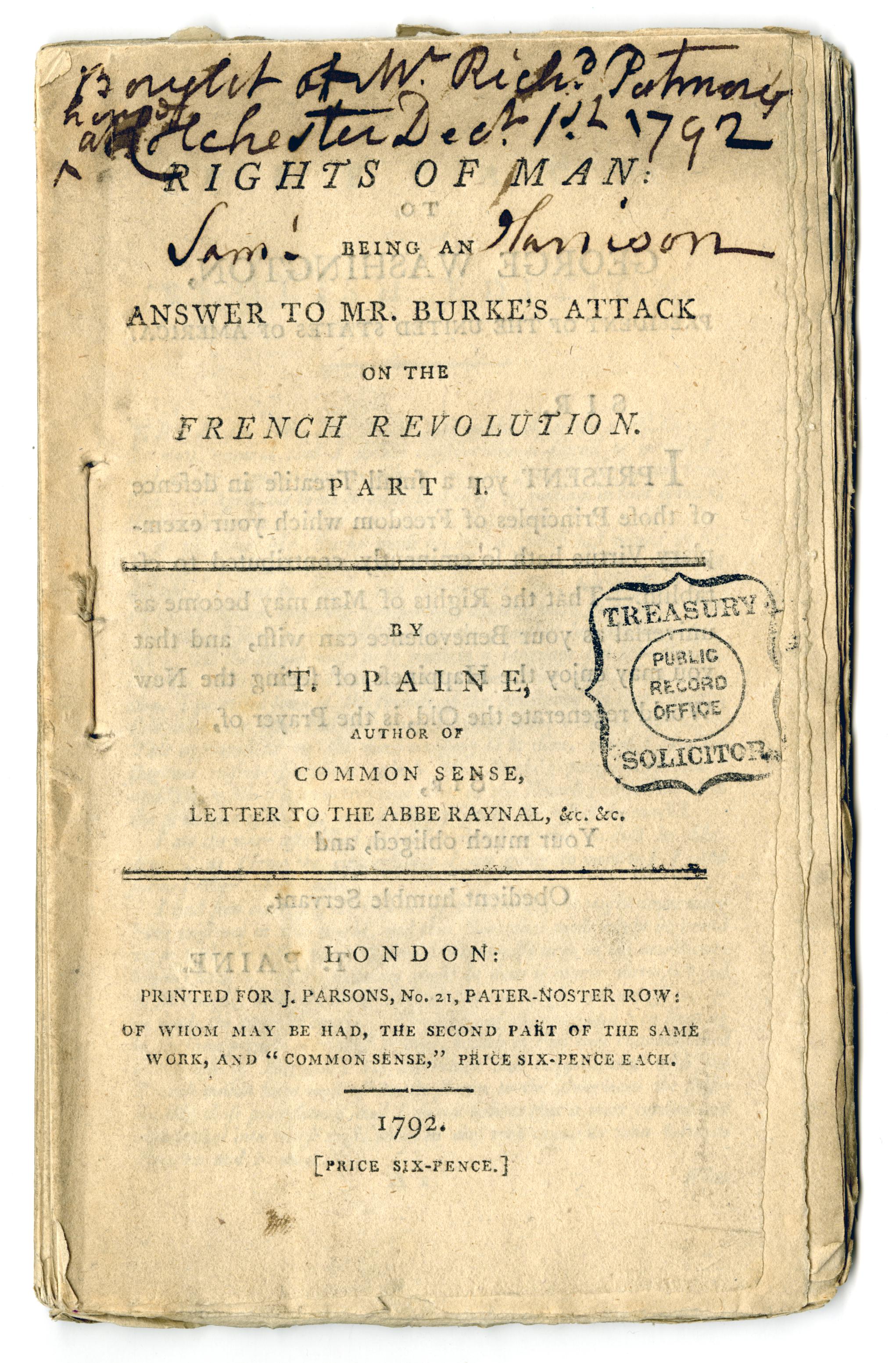 Try to find the date or year when this image was made.
Thanks for contributing!
TS24/3/10

This document is a pamphlet written by Thomas Paine written in 1792 in response to discussions around the French Revolution. Paine was one of the Founding Fathers of the United States of America, writing many pamphlets that would inspire those fighting the American Revolution to declare independence from Britain.
This pamphlet, with its attacks on Conservative MP Edmund Burke, was deemed dangerous and incendiary by the British Government, leading to Paine being prosecuted and found guilty in absentia of seditious libel. This guilty verdict led to a string of other ‘Treason Trials’ in 1794 against those who spoke against the Government.