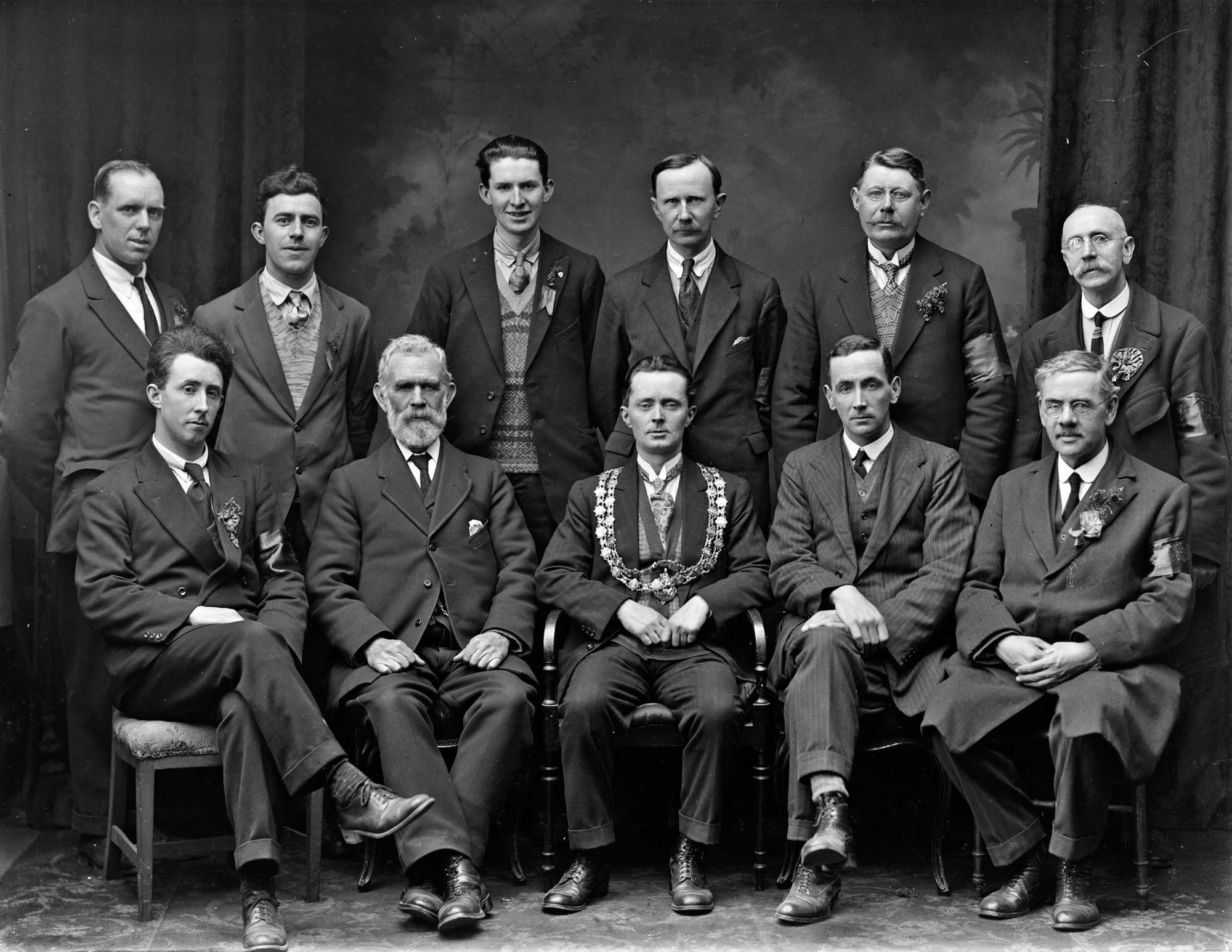 Try to find the date or year when this image was made.
Thanks for contributing!
All of the Marys were employed in a search for a relevant photograph to post on Saint Patrick's Day, this is one of the photos we discovered. We all presumed another Mary was going to post the photo on the day, and as you have already surmised nobody told the other Mary!! It is still a good photo and to get the ball rolling I will tell you that the large chain of office has been seen on this stream before.

Sharon.corbet tells us that these committee members (including Mayor Wyley [centre], and Alderman Keane [unidentified], Alderman Doyle [unidentified]) had a relatively stiff debate about the 1927 St Patrick's Day events. Sharon provides the following extract:
At a meeting convened by the Mayor of Waterford [Wyley?] to make arrangements in connection with the annual St. Patrick's Day procession. Alderman Keane, who presided, described the supporters of a resolution to have it a purely religious procession as a pack of frauds, and he subsequently left the chair. Alderman Doyie, Fianna Fail, proposed the resolution. The reason he did so, he said, was that at the procession last year some people took advantage of it for political purposes, and it would avoid friction if it were purely religious.