Bottom half of red silk pyjama suit produced as evidence in Rex v Austin Salmon and others Catalogue Reference: EXT 11_131_2_1933 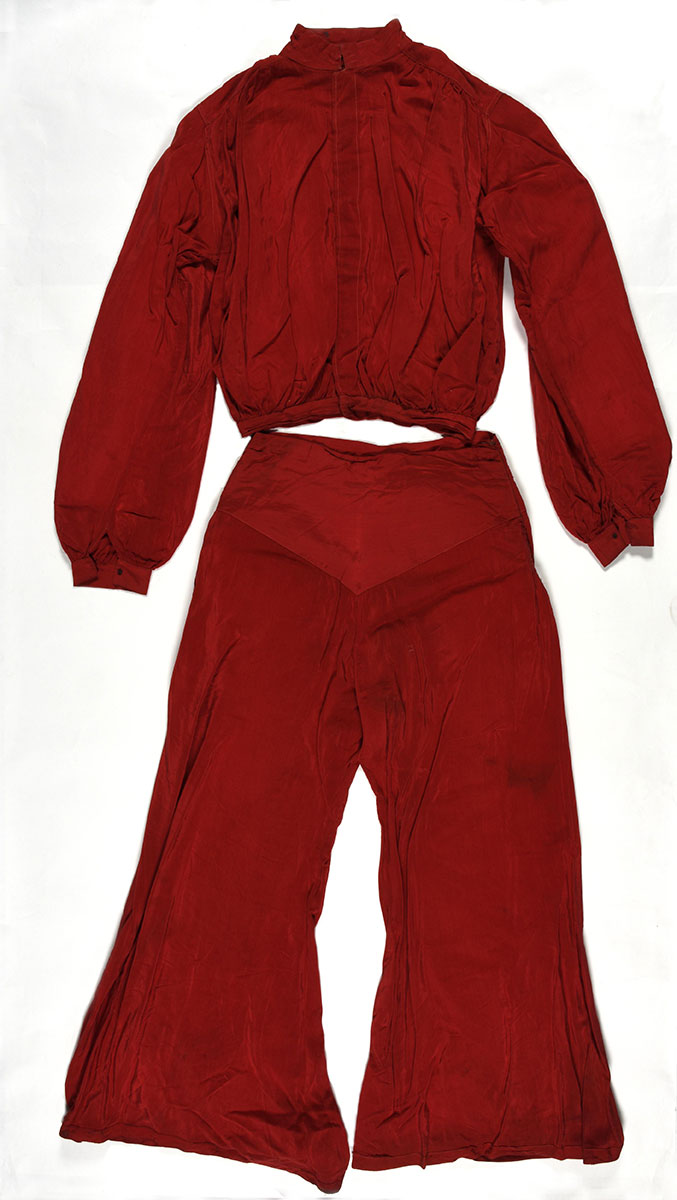 Try to find the date or year when this image was made.
Thanks for contributing!
This red lounge was seized as evidence for the criminal proceedings after a police raid on Park House Private Ballroom, Holland Park, on December 20th 1932. This ballroom was frequently rented out for drag dances and police statements noted that of the 60 people present “One half of them were attired in evening dresses, the other half being dressed in lounge suits. All were male.” Ultimately the principle charges were ‘conspiracy to corrupt morals’ and ‘keeping a disorderly house’.