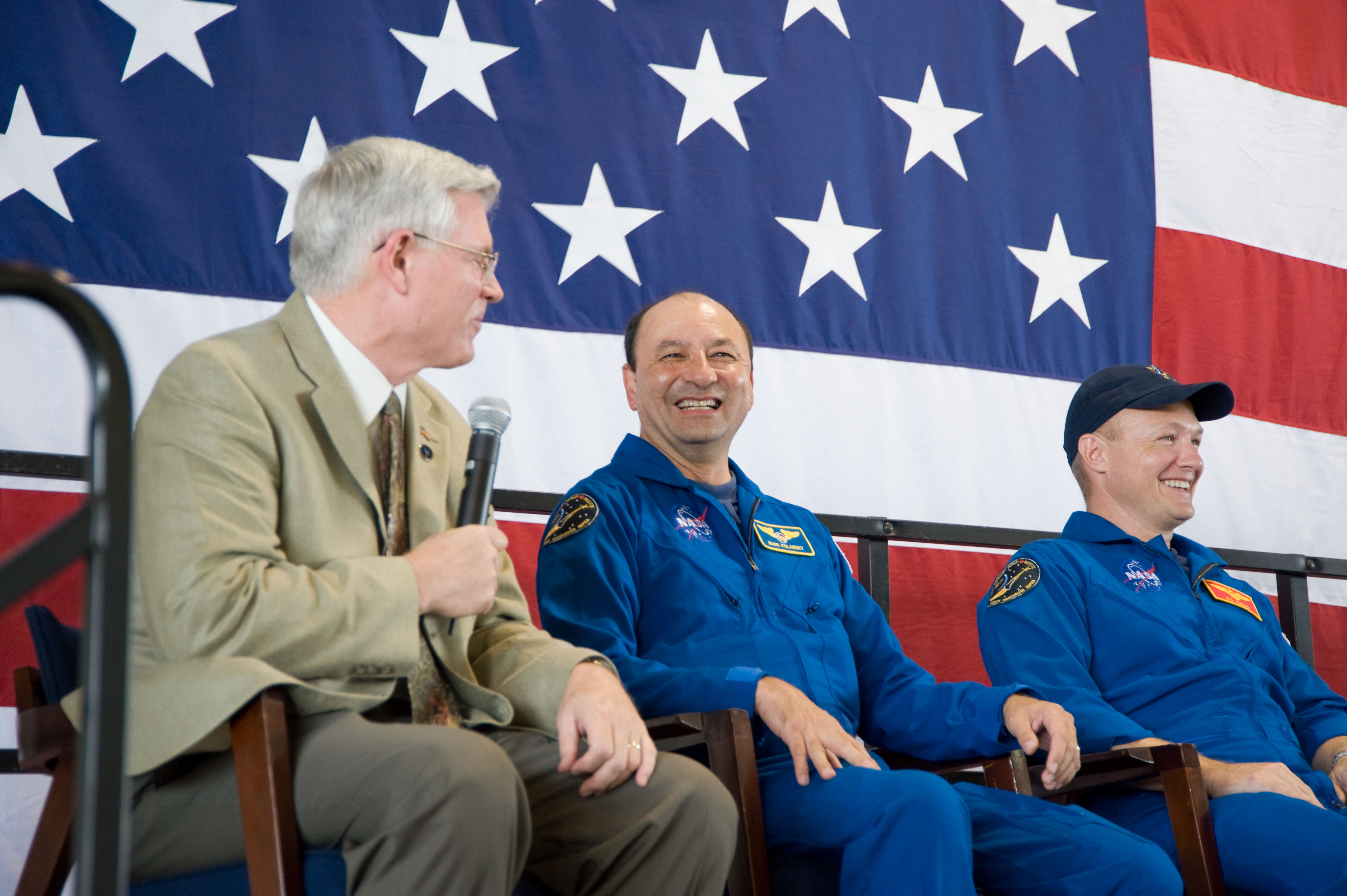 Try to find the date or year when this image was made.
Thanks for contributing!
NASA's Johnson Space Center (JSC) director Michael L. Coats (far left) addresses a large crowd of well-wishers at the STS-127 crew return ceremony on Aug. 1, 2009 at Ellington Field near JSC. Also pictured are astronauts Mark Polansky (center), commander; and Doug Hurley, pilot.