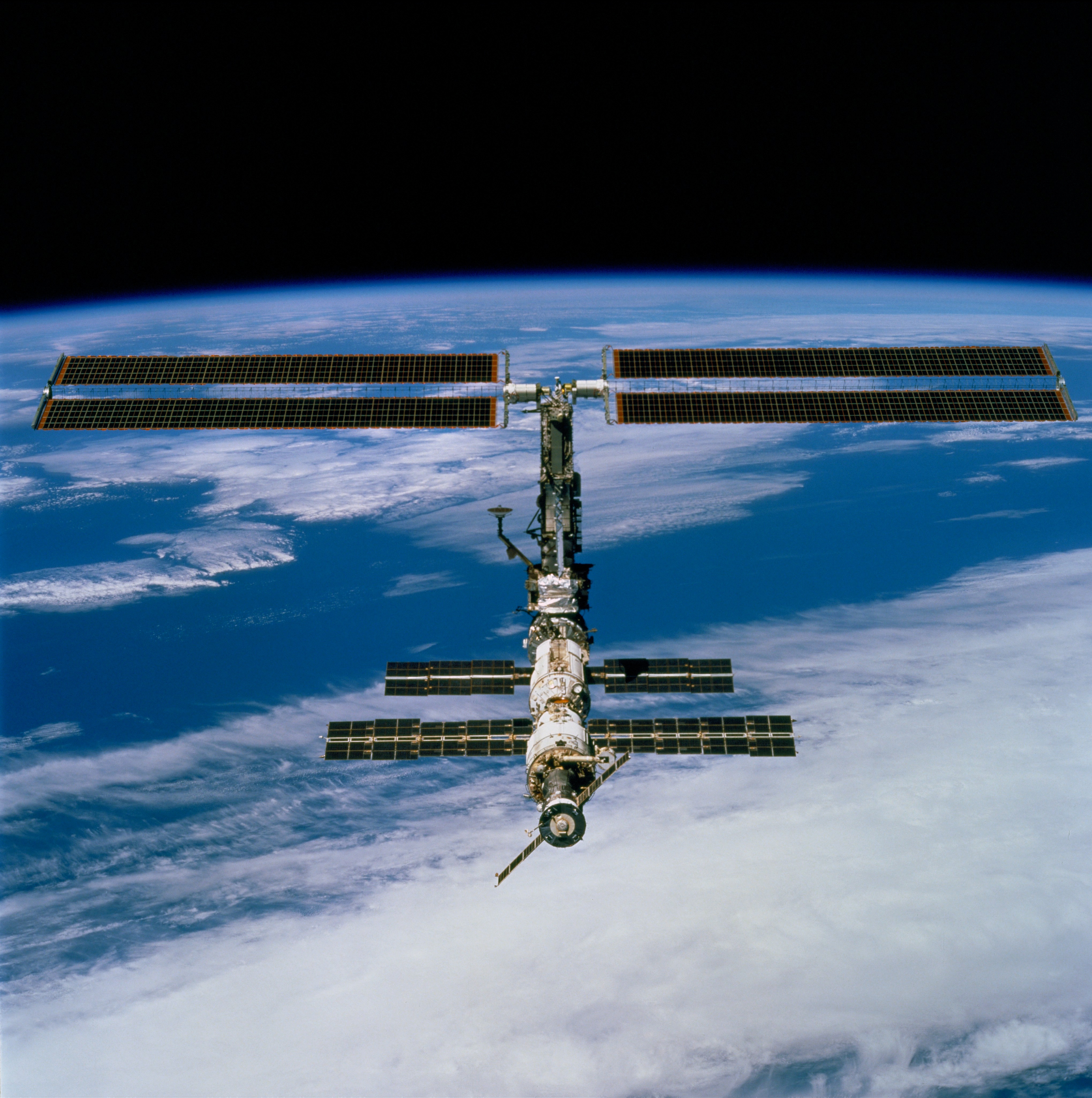 Try to find the date or year when this image was made.
Thanks for contributing!
This picture is one of a series of 70mm frames of the International Space Station (ISS) following undocking by STS-97 at 2:13 p.m. (Eastern Standard Time), December 9, 2000. This series of images, as well as video and digital still imagery taken at the same time, represent the first imagery of the entire station with its new solar array panels deployed. Before separation, the shuttle and space station had been docked to one another for 6 days, 23 hours and 13 minutes. Endeavour moved downward from the space station, then began a tail-first circle at a distance of about 500 feet. The maneuver, with pilot Michael J. Bloomfield at the controls, took about an hour. While Endeavour flew that circle, the two spacecraft, moving at five miles a second, navigated about two-thirds of the way around the Earth. Undocking took place 235 statute miles above the border of Kazakhstan and China. When Endeavour made its final separation burn, the orbiter and the space station were near the northeastern coast of South America.