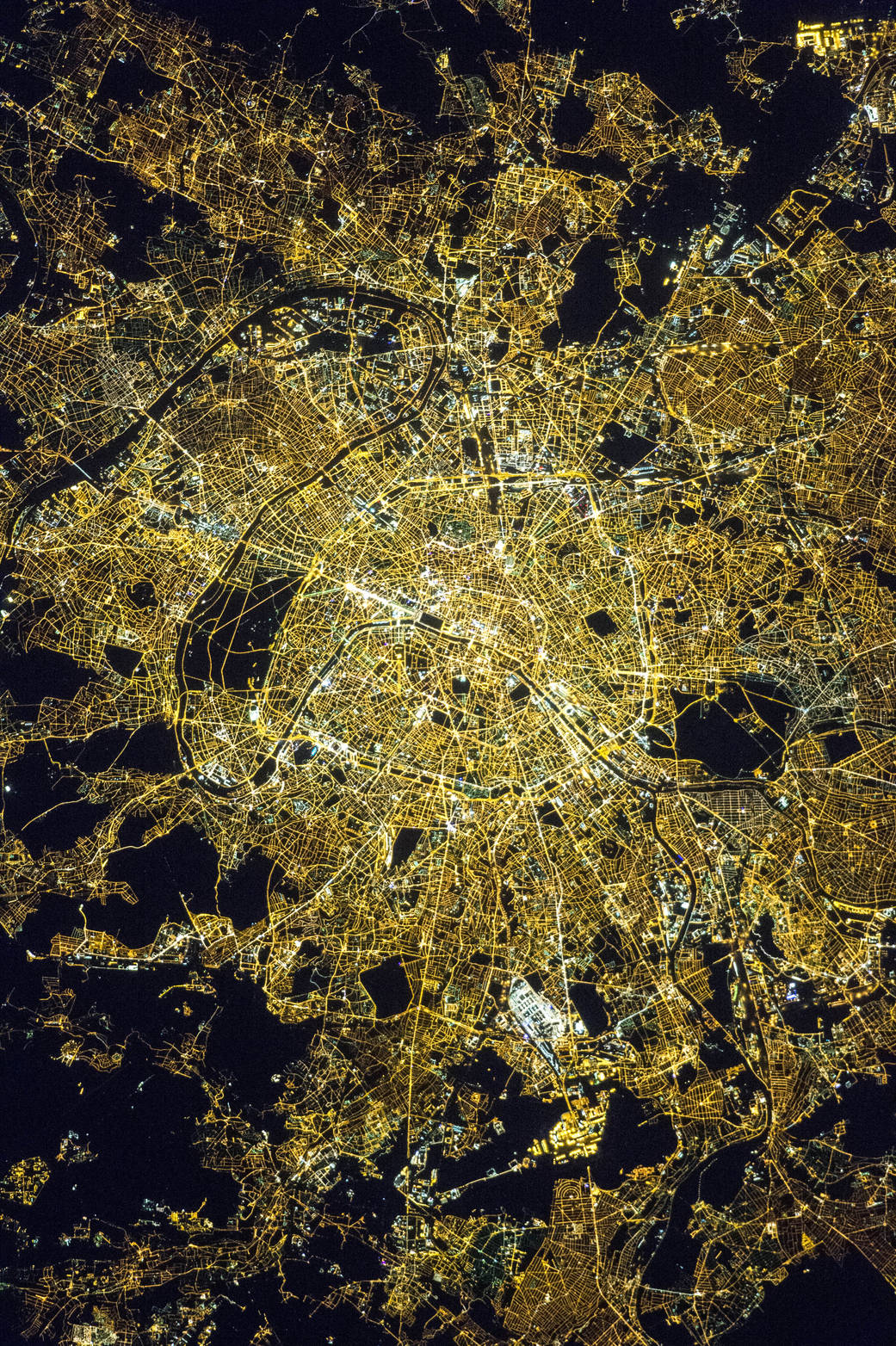 Try to find the date or year when this image was made.
Thanks for contributing!
Around local midnight time on April 8, 2015, astronauts aboard the International Space Station took this photograph of Paris, often referred to as the “City of Light.”

The pattern of the street grid dominates at night, providing a completely different set of visual features from those visible during the day. For instance, the winding Seine River is a main visual cue by day, but here the thin black line of the river is hard to detect until you focus on the strong meanders and the street lights on both banks.

The brightest boulevard in the dense network of streets is the Avenue des Champs-Élysées, the historical axis of the city, as designed in the 17th century. Every year on Bastille Day (July 14), the largest military parade in Europe processes down the Champs Élysées, reviewed by the President of the Republic. This grand avenue joins the royal Palace of the Tuileries—whose gardens appear as a dark rectangle on the river—to the star-like meeting place of eleven major boulevards at the Arc de Triomphe.

The many forested parks of Paris stand out as black polygons—such as the Bois de Boulogne and Vincennes. Orly and Charles de Gaulle airports are distinguished by their very bright lights next to the dark areas of runways and surrounding open land. Paris’s great ring road, the Boulevard Périphérique, encloses the city center.