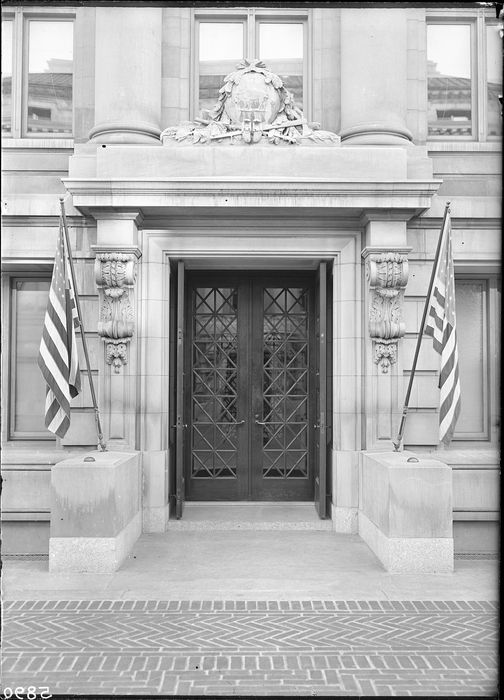 Try to find the date or year when this image was made.
Thanks for contributing!
Photographer: Jesse L. Nusbaum (Jesse Logan Nusbaum), Non-Indian, 1887-1975

Description: View of main entrance to the Museum of the American Indian/Heye Foundation, 155th and Broadway, NYC, before "the Helen Huntington doors" were installed.

Repository:National Museum of the American Indian