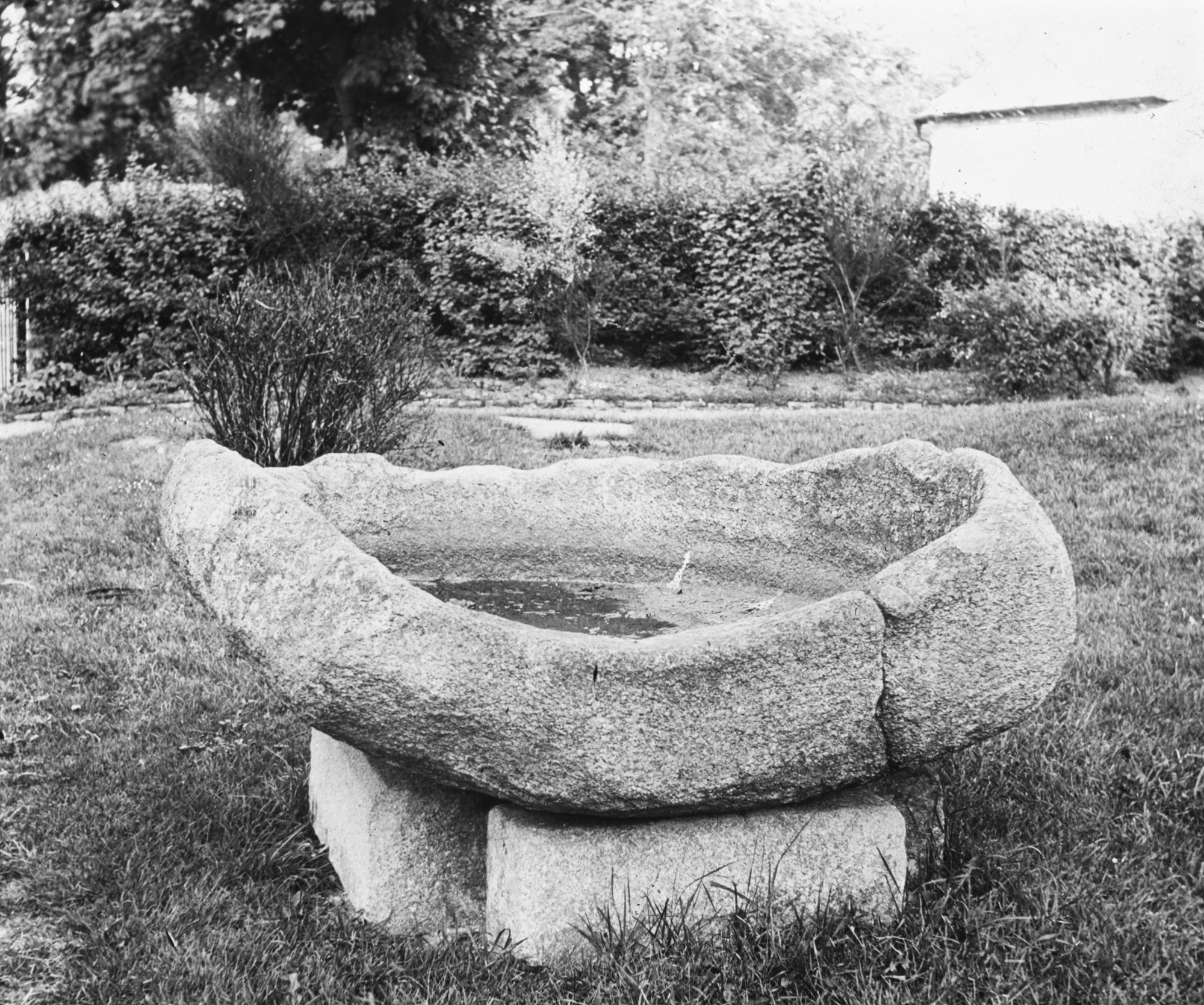 Try to find the date or year when this image was made.
Thanks for contributing!
This enormous stone bowl or font stands/stood in Tallaght in South County Dublin. The creation of such a font must have been a great undertaking at the time and have taken a long time to complete. What was it used for and is it still in situ?

While I have the vaguest of notions that we have come across archaic words for a font previously ("pant"?), I do not think we've encountered the word "losset" before. But, apparently, this is what we have here. Losset is an old-Irish word for a trough, and this example is St. Maelruan's Losset in Tallaght. Apparently used for ceremonial feet bathing (rather than as a baptismal font), it seems quite ancient. Though, was apparently moved in the very late 19th century - perhaps dating this image to after c.1899...