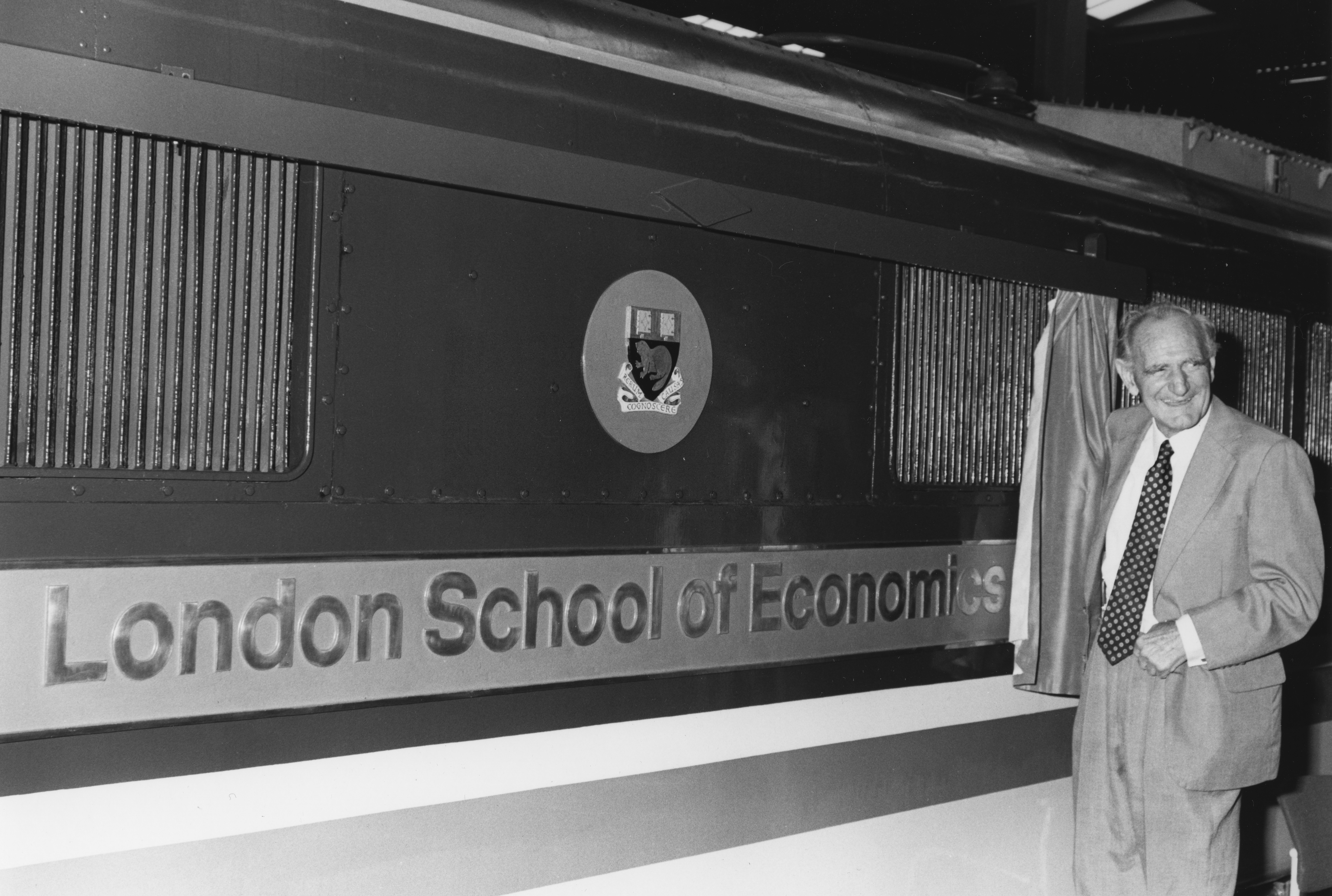 Try to find the date or year when this image was made.
Thanks for contributing!
Huw Wheldon

The naming of the locomotive was the initiative of two former LSE students, Jonathan Bray and Christopher Zarebski of the Students’ Union Transport Society. They had proposed that LSE be commemorated in this way back in January 1985. Taking their idea to Professor Michael Wise, then pro-director, he not only supported their proposal, but assisted with contacting the chief of operations of British Rail Board, Maurice Holmes. The locomotive was named in recognition of the large number of student passengers who used British Rail, following the launch of the Young Persons Railcard. Sir Huw Wheldon unveiled the nameplate on a British Rail electric locomotive at Euston Station in 1985.

Since February 2008 the nameplate has hung in the George IV pub on the LSE campus, after it was acquired by the school in an auction in 2007.

(Information from News and Views: Newsletter for Staff and Students, Monday 25th February, 2008)