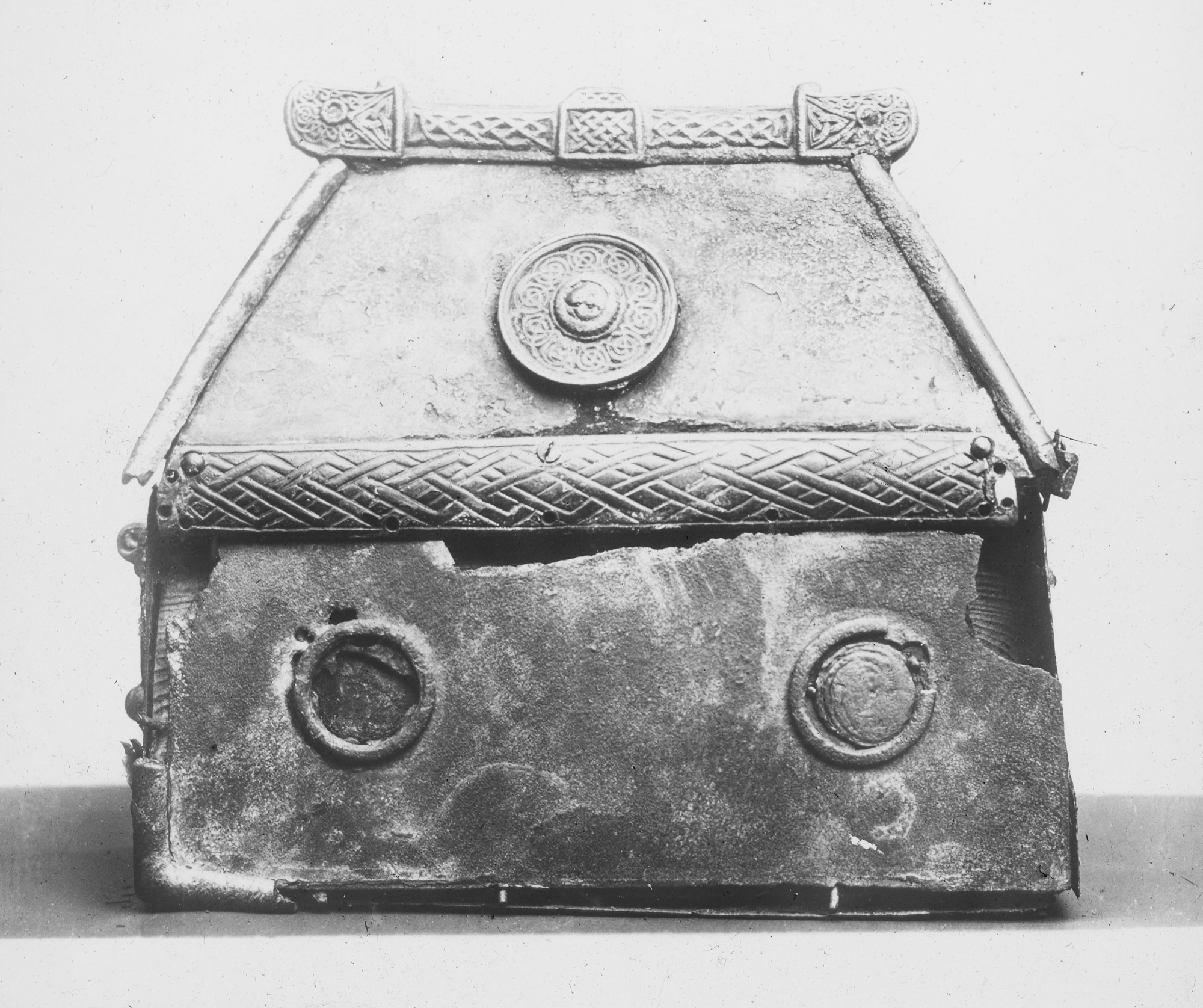 Try to find the date or year when this image was made.
Thanks for contributing!
From Christendom to Christianity the National Library of Ireland has it all! Christendom is a townland in the Waterford area but it would appear that yesterdays cricket match took place in Cork. Today's shrine is most certainly Christian and hails from Lough Erne in the north of the island. Where is it now and what is its history?

Based on today's inputs it seems that this reliquary (the Lough Erne Shrine) was likely photographed within a few years of its discovery. Dating from the 9th century or so, it may have lain for many hundreds of years in Lough Erne near Tully in Fermanagh. Accidentally discovered by a fisherman (named Plunket) in the 1890s, it came into the possession of the Royal Irish Academy. The RIA's collection became the nucleus of the National Museum of Ireland (our neighbours). The NMI was established just one year before the fisherman made his discovery....