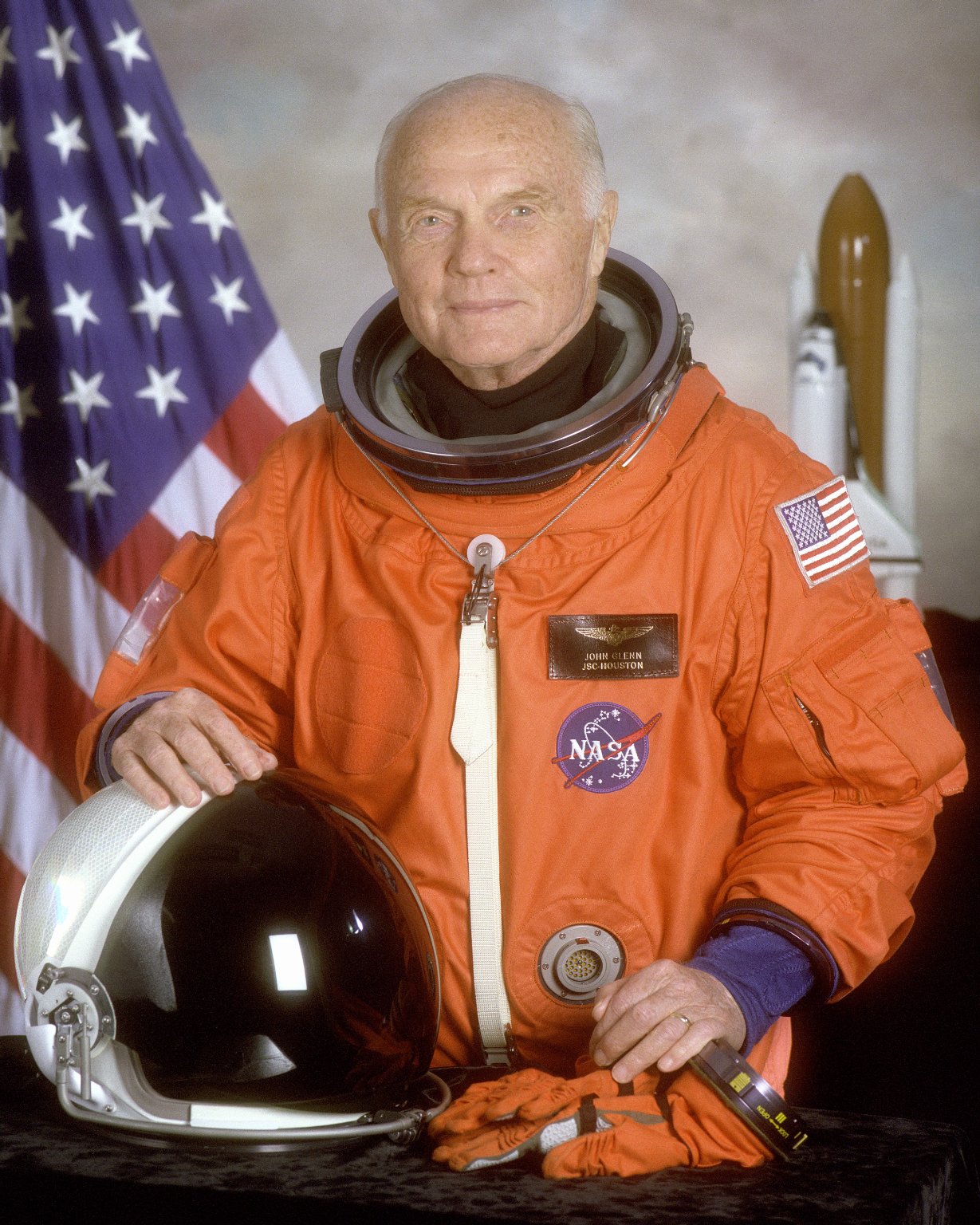 Try to find the date or year when this image was made.
Thanks for contributing!
STS-95 crewmember, astronaut and U.S. Senator John Glenn. Glenn was the first American to orbit the earth, and he returned to space in October 1998 aboard Space Shuttle flight STS-95. This is his official portrait for that Shuttle mission.