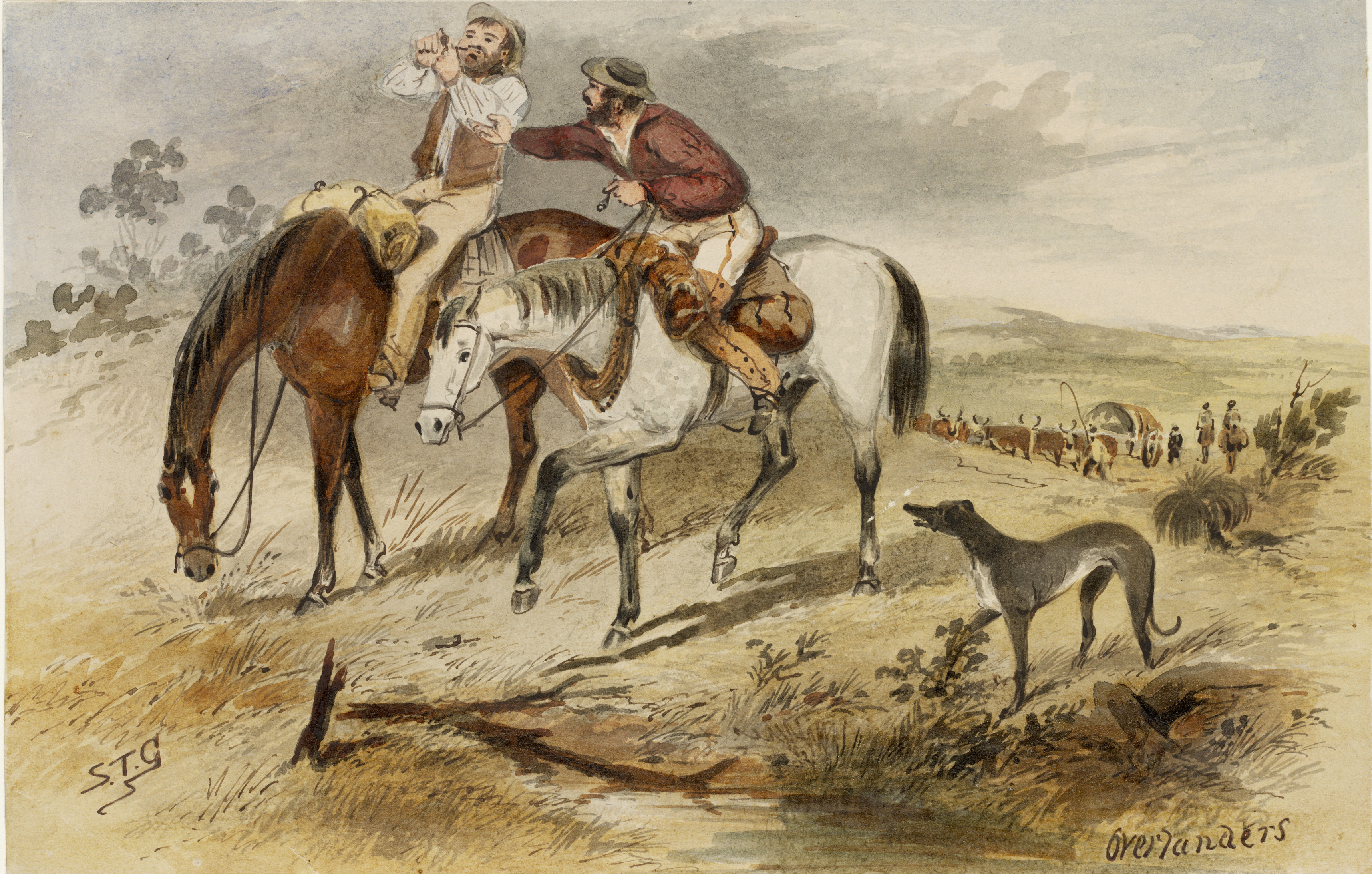 Try to find the date or year when this image was made.
Thanks for contributing!
In 1839 Samuel Thomas Gill arrived with his family in Adelaide after sailing from England. By the mid-1850s he had established himself as one of Australia's most popular artists with many of his sketches published as lithographs. The discovery of gold opened up the country for new towns and caused unprecedented growth in Melbourne and Sydney.

Gill's work covers this vibrant period in Australia's history with an immediacy and feeling for people and place which others missed. Although he spent most of his life in Victoria he visited Sydney for a year in 1855.