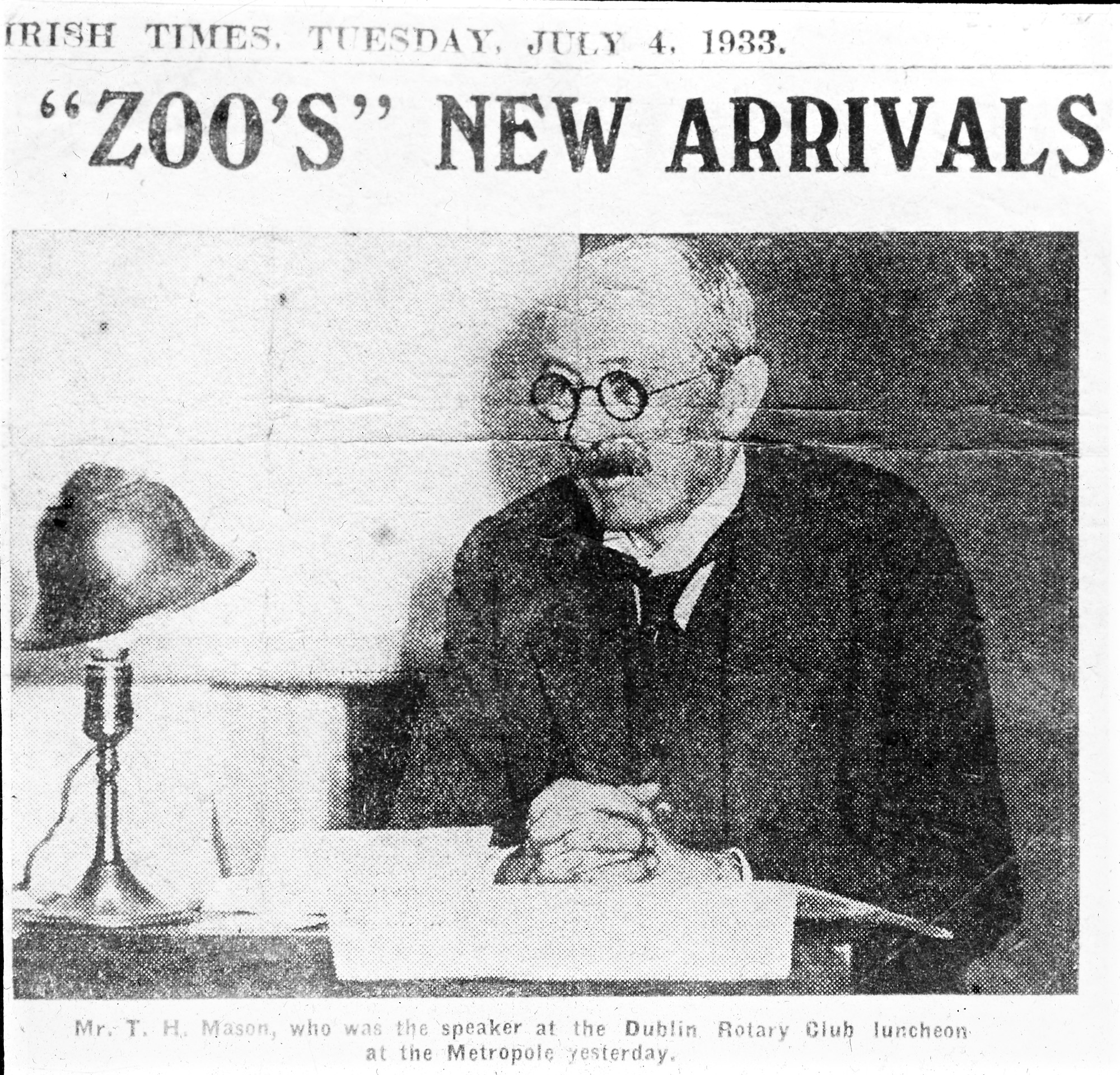 Try to find the date or year when this image was made.
Thanks for contributing!
A strange one today from the Mason Collection. It is obviously a type of "selfie" of our Mr Mason. I wonder what the headline "Zoo's" New Arrival refers to? Our catalogue date is ca. 1890-1910 which is obviously wrong!

As with our other recent Mason photo (in which the text didn't match the photo), it seems that we may have the same thing here. Perhaps Mr. Mason just liked the "joke" of his image being associated with another headline :)

While the headline above deals with an unrelated (though interesting) story from July 1933, the caption below (and Carol Maddock) confirm that this image was taken during a lecture on "Archaeology in Ireland", at a meeting of the Dublin Rotary Club, in the Metropole Restaurant (O'Connell Street) on 3 July 1933. Apparently he covered the growth in finds of bronze age artefacts with the draining of bogs and cutting of turf which was becoming more industrialised at the time (the Turf Development Board, precursor to Bord na Móna, was formed in the same year)...