Laying the foundations for a new pier. But where? 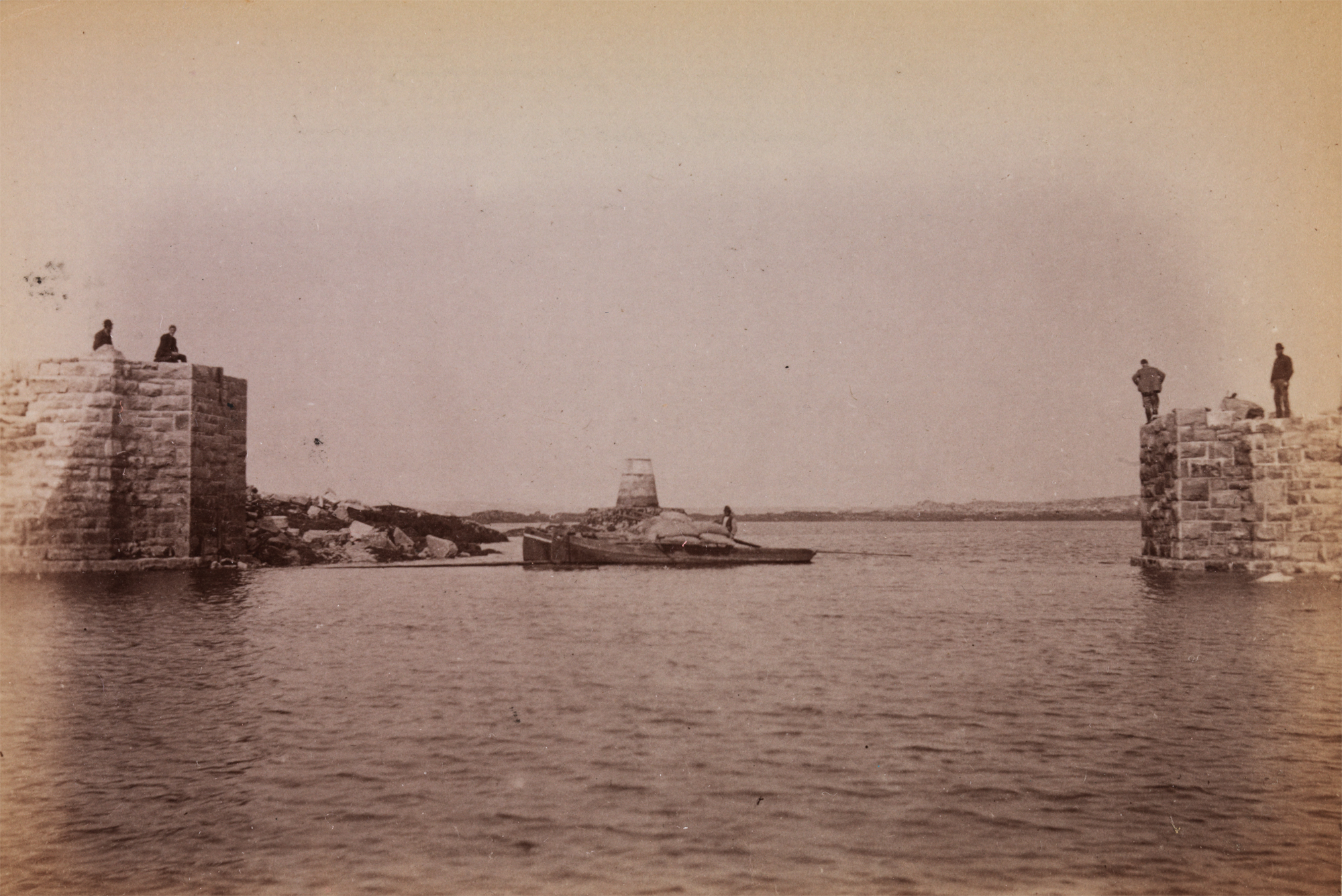 Try to find the date or year when this image was made.
Thanks for contributing!
Good morning, and welcome to a new week of photos from Library Towers! We've only seen two of our Tuke photos on here before, so I hope you will enjoy digging out this location, cementing a date, buttressing your answers. Fully expect that pesky Lemur to pop up with the answer in three, two, one.... (P.S. Wouldn't mind finding out a wee bit more about Major Ruttledge-Fair and/or James Hack Tuke. 'Twas the Major who took these photos for Mr Tuke.)

'Twasn't the Lemur this time, but O Mac who quickly identified this as Bealadangan Bridge, County Galway while under construction. Given that the bridge apparently opened c.1895, our 1892 date seems quite solid. (Like these foundations, which seemingly still stand after c.125 years....)