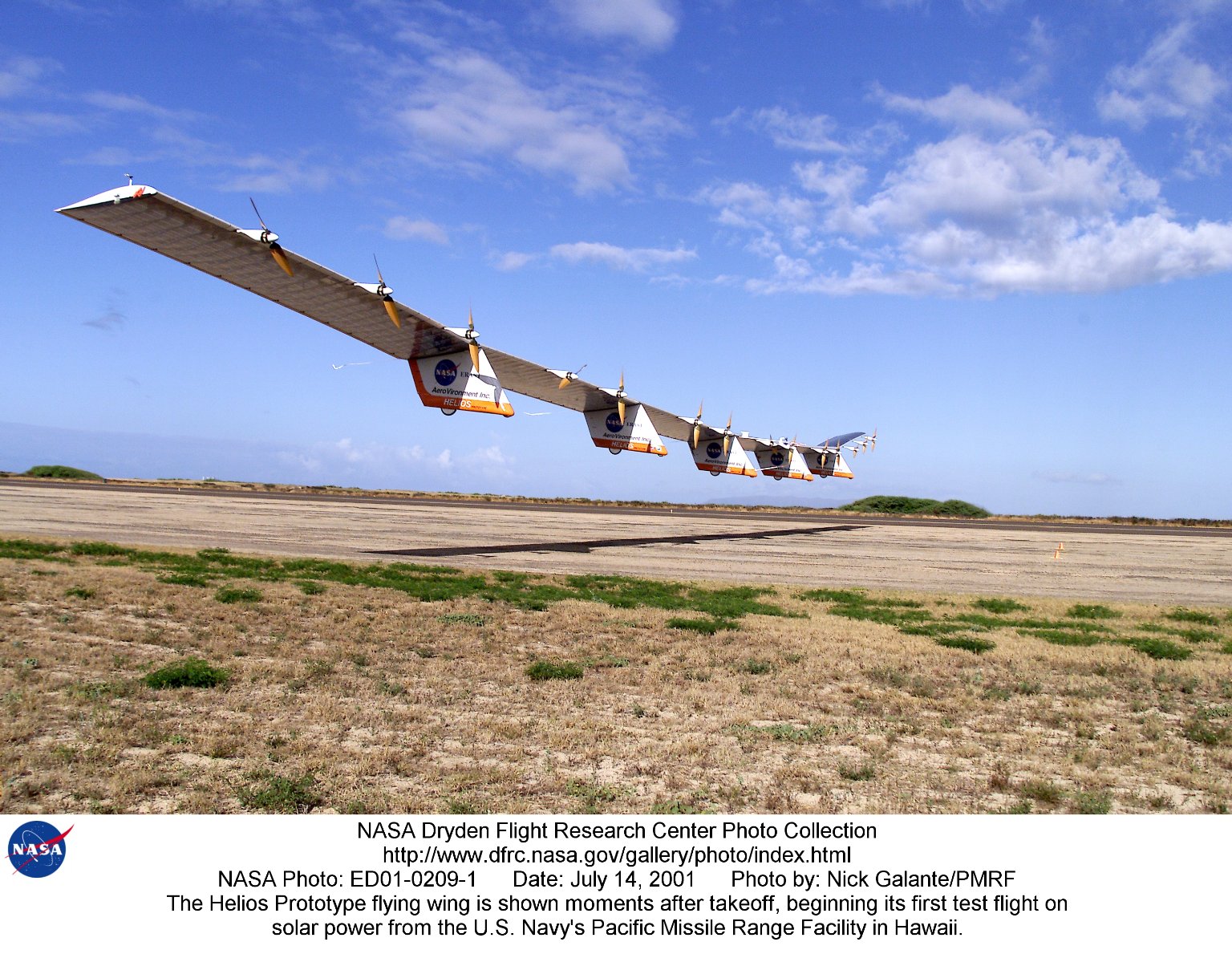 Try to find the date or year when this image was made.
Thanks for contributing!
Description: The solar-electric Helios Prototype flying wing is shown moments after takeoff, beginning its first test flight on solar power from the U.S. Navy's Pacific Missile Range Facility on Kauai, Hawaii. The 18-hour flight was a functional checkout of the aircraft's systems and performance in preparation for an attempt to reach sustained flight at 100,000 feet altitude later this summer.