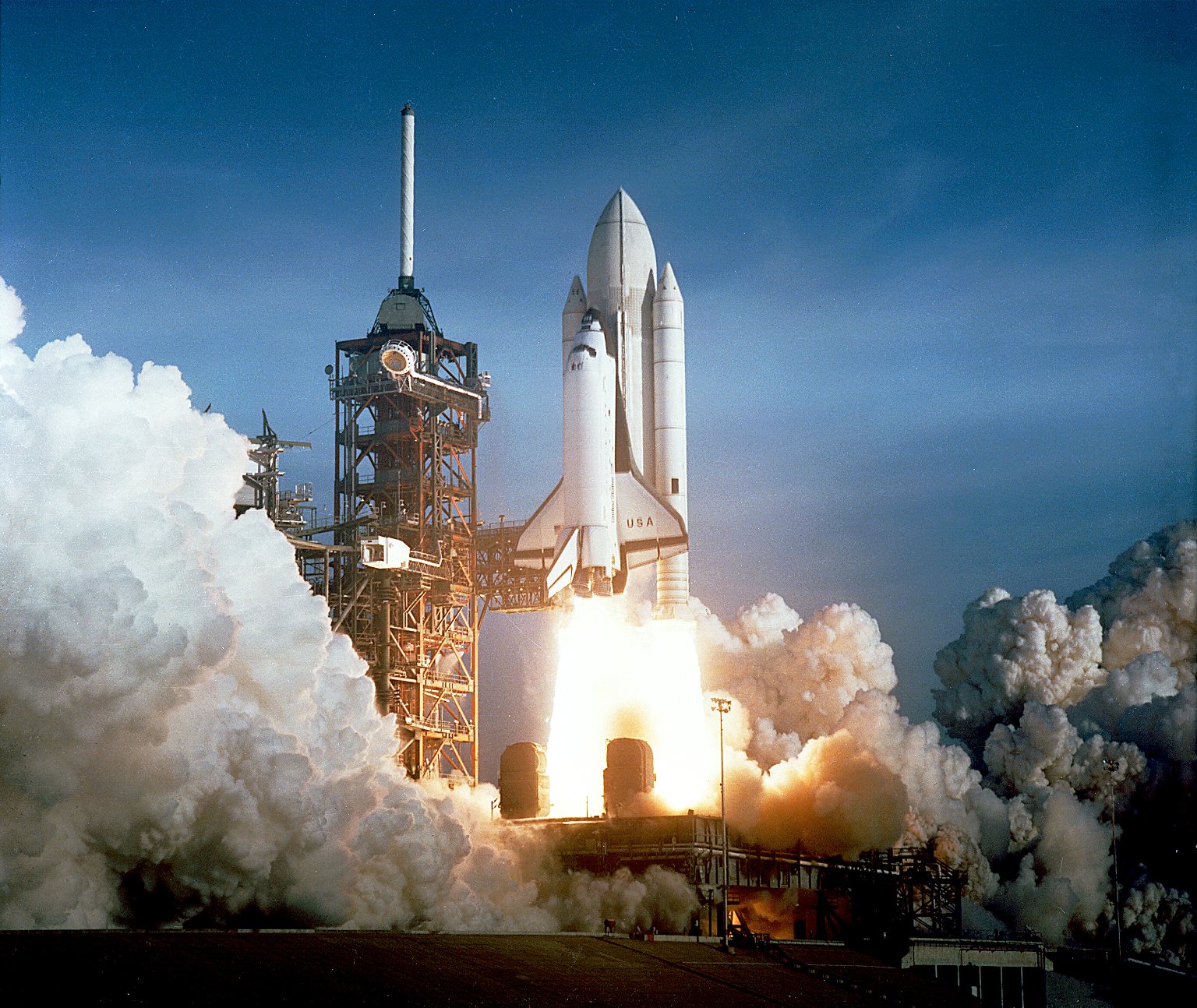 Try to find the date or year when this image was made.
Thanks for contributing!
After six years of silence, the thunder of human spaceflight was heard again, as the successful launch of the first space shuttle ushered in a new concept in utilization of space. Mission STS-1, on Space Shuttle Columbia, launched from Launch Complex 39A at Kennedy Space Center just seconds past 7 a.m. on April 12, 1981. It carried astronauts John Young and Robert Crippen on an Earth-orbital mission scheduled to last for 54 hours. The mission ended with the Space Shuttle Columbia landing at Edwards Air Force Base in California.