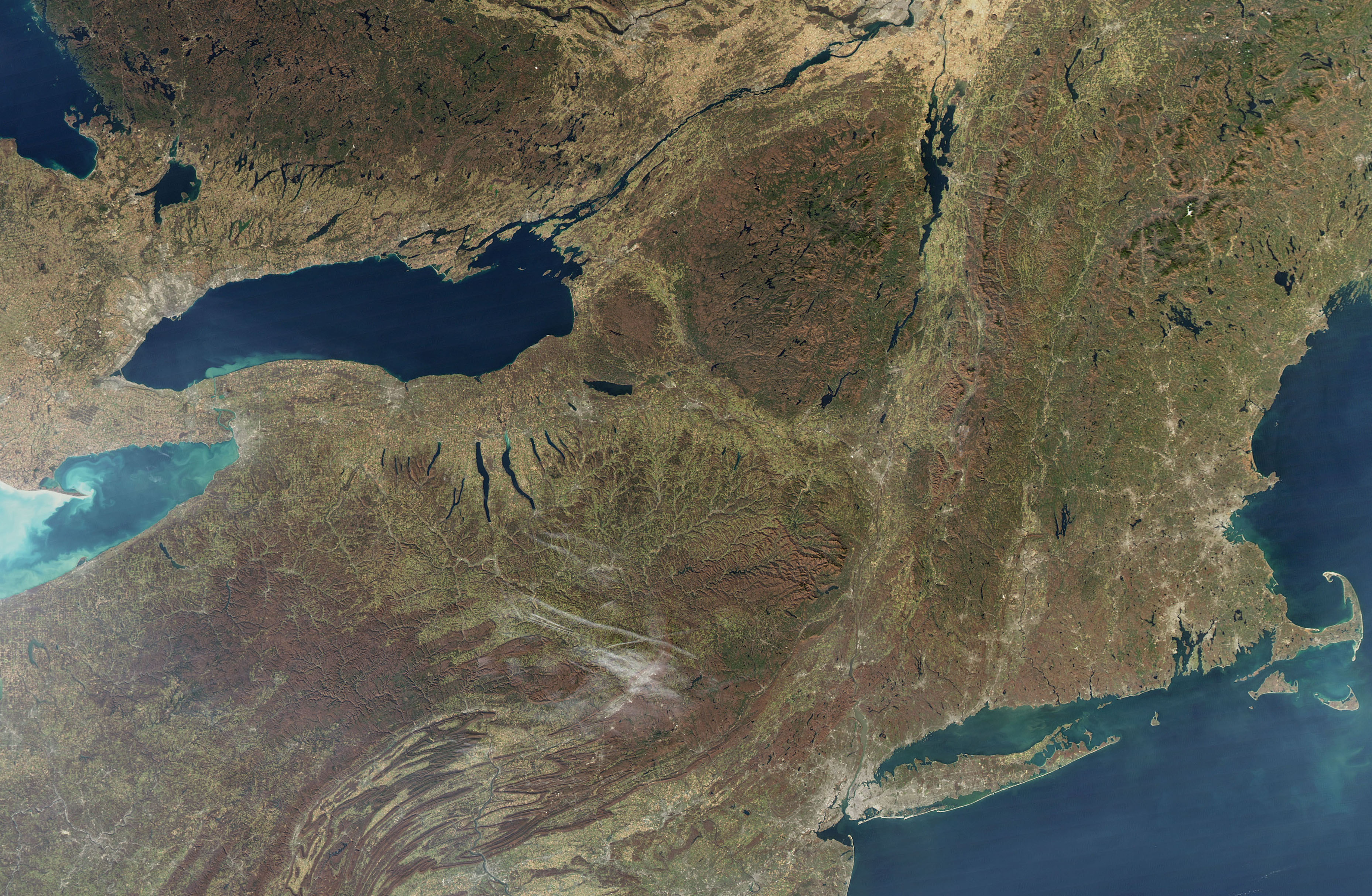 Try to find the date or year when this image was made.
Thanks for contributing!
This true-color image of the Adirondack and Green Mountains was captured on November 8, 2009, by the Moderate Resolution Imaging Spectroradiometer (MODIS) on NASA’s Aqua satellite. The mountains are brown, the farmed valleys, gold, as fall foliage colors wane. The differences in color help reveal the unique geography of the region.