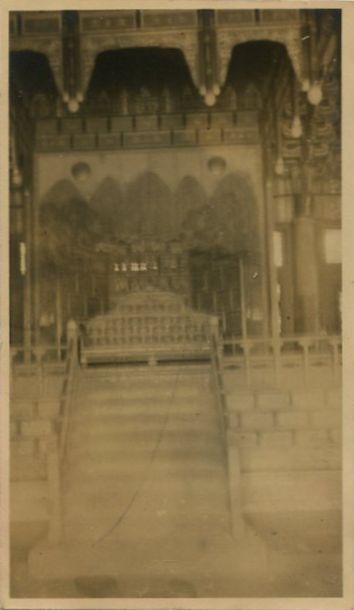 Try to find the date or year when this image was made.
Thanks for contributing!
Snapshot of the king and queen’s throne in the Gyeongbokgung Palace in Seoul, Korea, after World War II. Photograph taken or collected by Joseph J. Heller Jr. of the Headquarters Battery, 53rd Field Artillery Battalion, 6th Division, U.S. Army, while he was stationed in Korea with the U.S. Army of Occupation between 1945 and 1946. Caption in photo album reads: “King and Queen’s Throne in Palace” [circa 1945-1946].