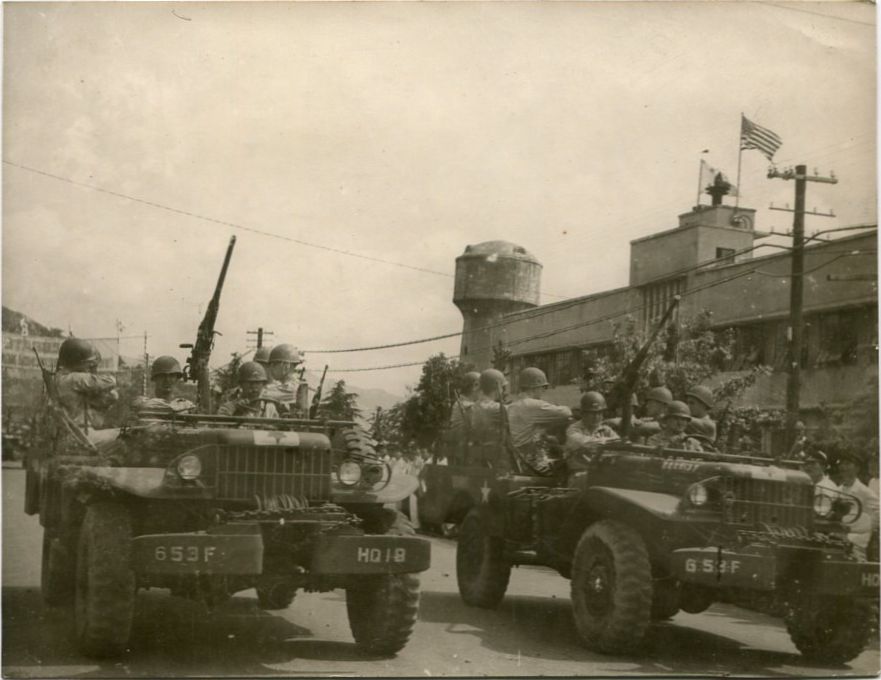 Try to find the date or year when this image was made.
Thanks for contributing!
Close-up photograph of two U.S. Army jeeps full of soldiers traveling down the road during a U.S. Army Fourth of July parade in downtown Masan, Korea, on July 4, 1946, after World War II. In the back right of the photograph is the city hall building for Masan, with a light tower next to it. Photograph taken while Joseph J. Heller Jr. was serving in the Headquarters Battery, 53rd Field Artillery Battalion, 6th Division, U.S. Army, and was stationed in Korea with the U.S. Army of Occupation between 1945 and 1946. Caption in photo album reads: “Vehicles in 4th of July Parade” [July 4, 1946].