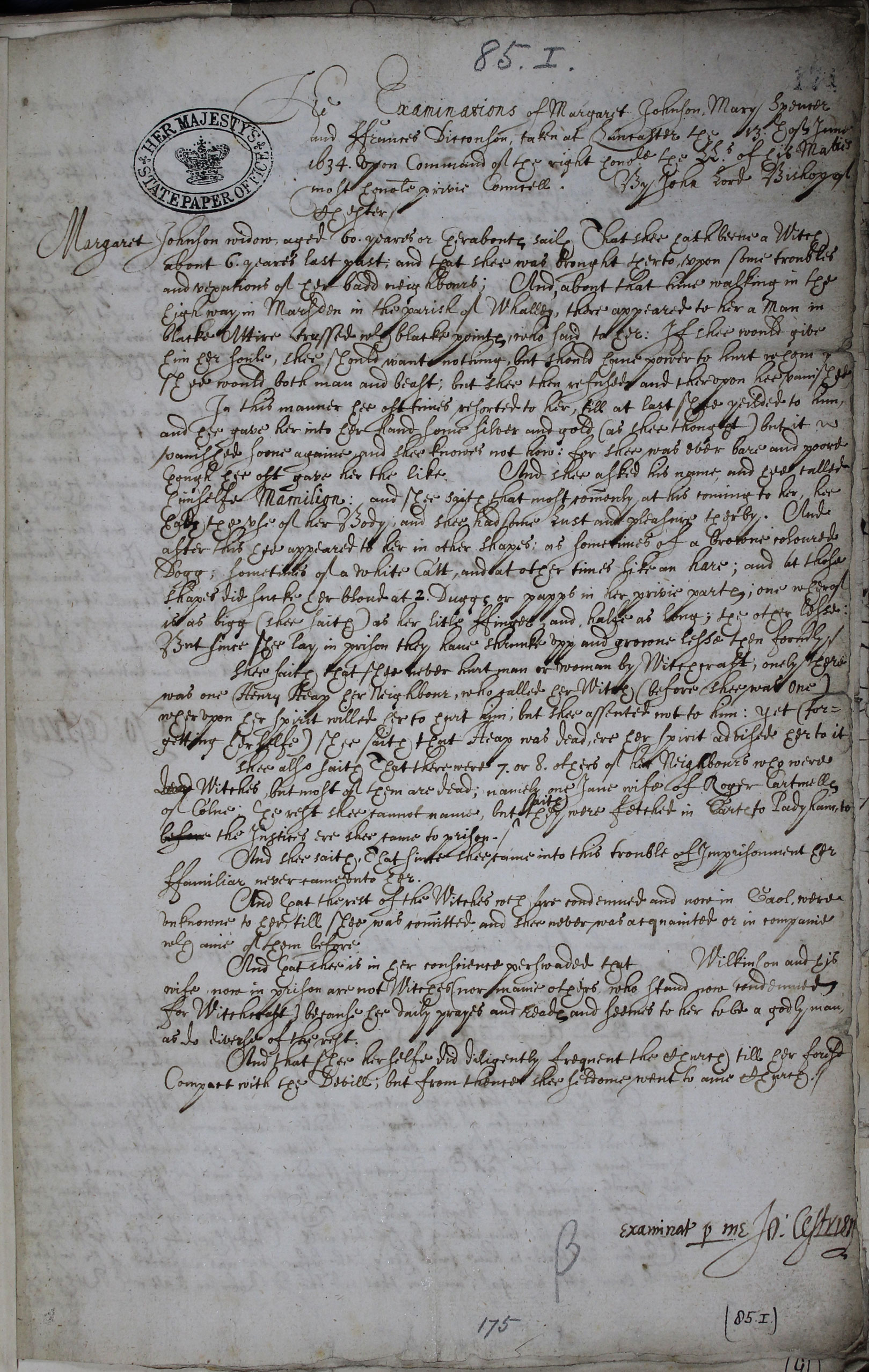 Try to find the date or year when this image was made.
Thanks for contributing!
Our Education Document of the Month for January is this record of the examinations of Margaret Johnson, Mary Spencer, and Frances Dickenson, women accused of witchcraft in Lancaster, 15 June, 1634. (Catalogue ref: SP 16/269 f.174)

A key component of witchcraft trials was the examination of the accused by somebody in authority, when they would be presented with a series of questions and asked to give their account. In this document the Bishop of Chester describes the answers of 3 women accused.