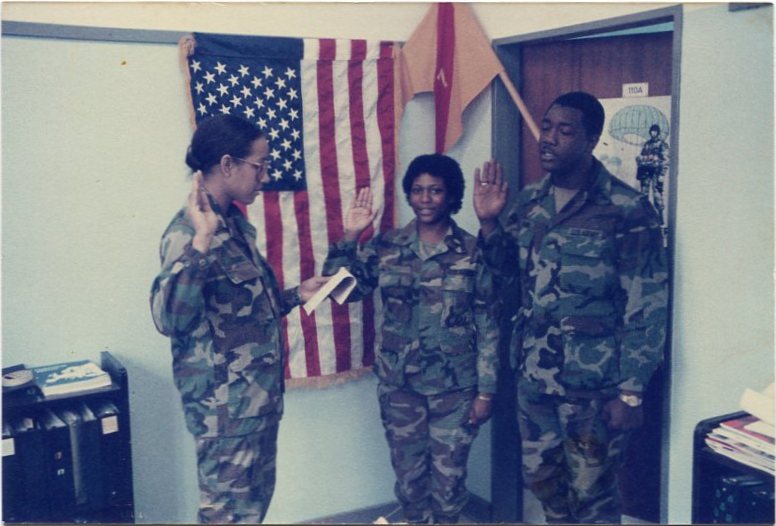 Try to find the date or year when this image was made.
Thanks for contributing!
Photograph of U.S. Army Capt. Bennis Blue Townes (left), wearing camouflage fatigues, swearing in two soldiers [believed to be Elaine and Steve Spann] in an Army office for the Headquarters and Headquarters Company, 7th Support Group, at the U.S. Army’s McKee Barracks at Crailsheim, Germany. Photograph taken while Townes was serving as an officer at an unidentified military installations [believed to be in Germany] in the 1980s. Caption on back of photograph reads: “To Cpt. Townes. ‘Wishing you lots of lucks.’ ‘Don’t work so hard and ‘Be Cool’, Steve’ The Spann’s, Elaine and Steve” [circa 1980s].