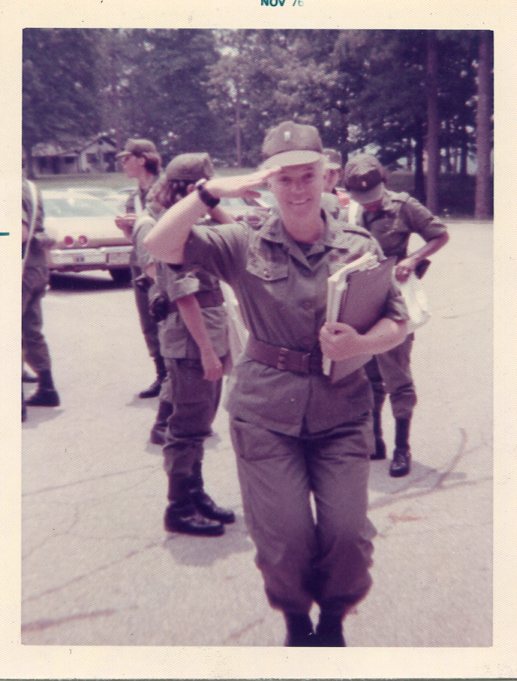 Try to find the date or year when this image was made.
Thanks for contributing!
Photograph of U.S. Women’s Army Corps officer Chris Brassard of the Rhode Island National Guard, standing outside in a parking lot saluting the camera while at Fort McClellan, Alabama, attending the WAC Officer Orientation Candidate Training Course in July 1976. Brassard roomed across the hall from 2nd Lt. Bennis M. Blue in their WAC barracks at Fort McClellan. Caption on back of photograph reads: “My across the hall nutty neighbor” (July 1976).