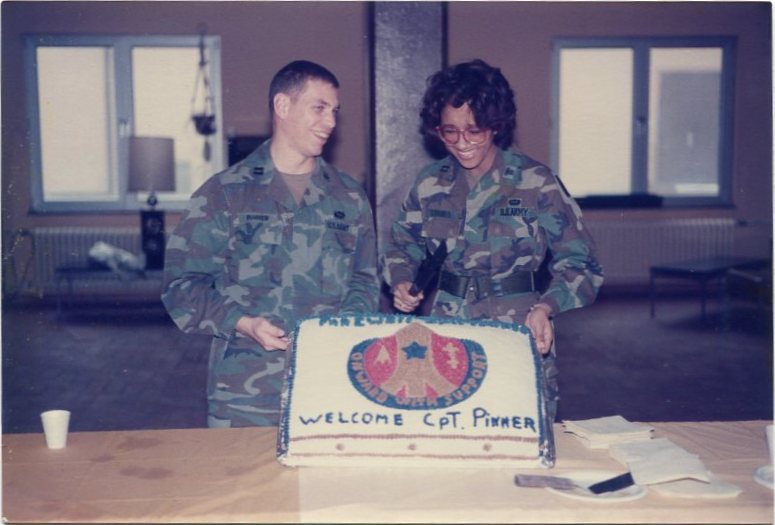 Try to find the date or year when this image was made.
Thanks for contributing!
Photograph of U.S. Army Capt. Bennis Blue Townes (right) holding up a cake during a change of command ceremony with a Captain Pinner (left), at the U.S. Army’s McKee Barracks at Crailsheim, Germany, in 1986. Townes was leaving Germany to return to the United States, and handing over command of the Headquarters and Headquarters Company, 7th Support Group. Townes purchased the cake for Capt. Pinner, which was prepared by the cooks of the Headquarters and Headquarters Company (1986).