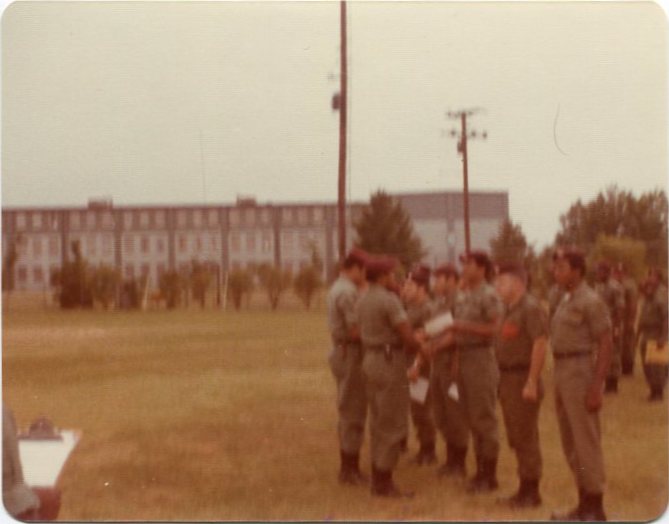 Try to find the date or year when this image was made.
Thanks for contributing!
Blurry photograph of a line of U.S. Army soldiers standing in an awards formation of Army soldiers outside at Fort Bragg, N.C., in August 1978. Soldiers were being presented with awards and medals during the ceremony, including 1st Lt. Bennis M. Blue (first row, standing at end of line in foreground) of the 182nd Division Material Management Center (DMMC), 82nd Airborne Division. Blue received the Army Commendation Medal for her meritorious achievement as the assistant training officer assigned to the assistant chief of staff, security, operations, training and intelligence, 1st Corps Support Command, Fort Bragg, from February 21 to June 14, 1978 [August 1978].