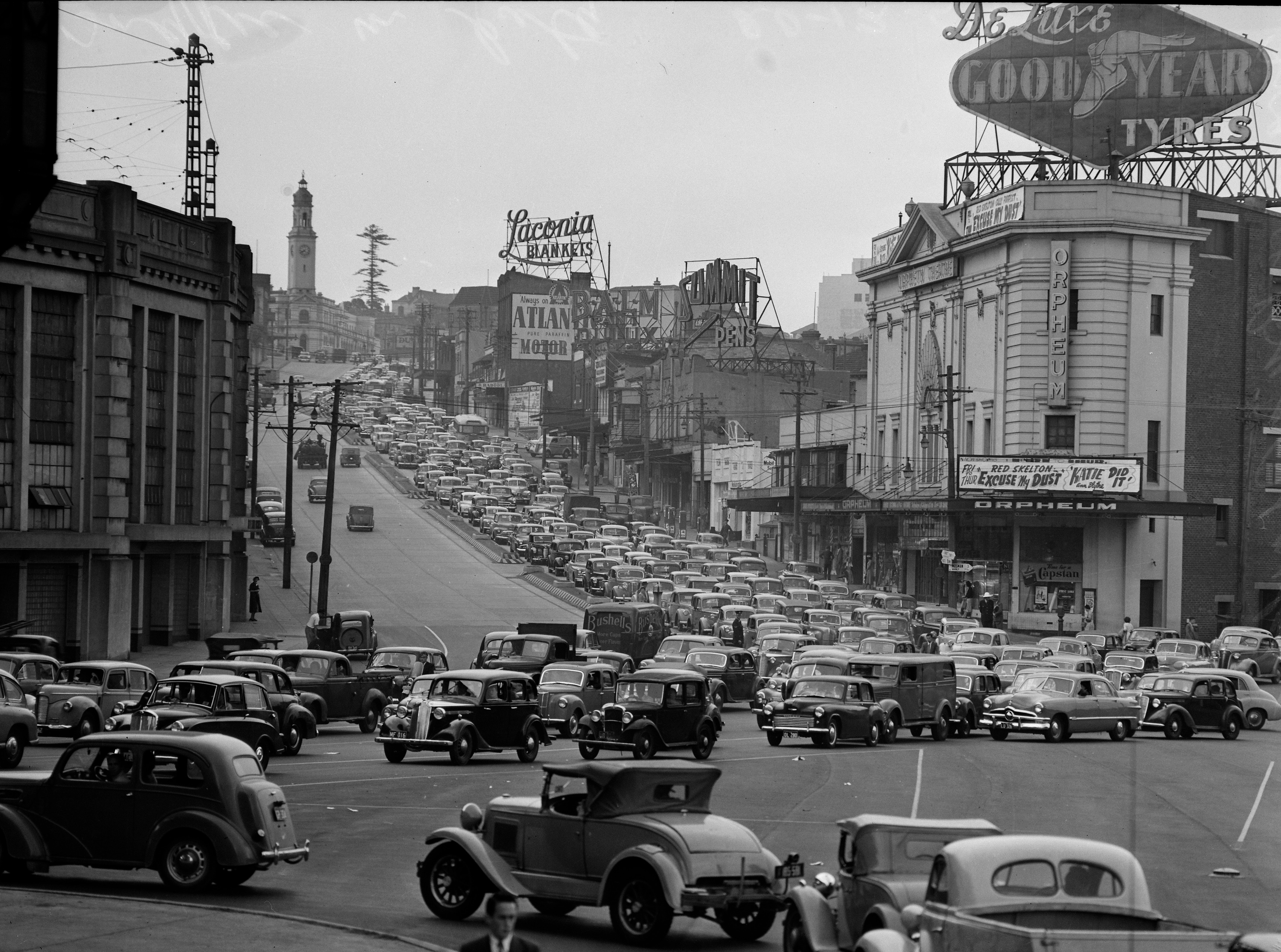 Try to find the date or year when this image was made.
Thanks for contributing!
Traffic during tram and bus strike, North Sydney, 20 December 1951, PIX magazine [attributed] State Library of New South Wales, ON 388/Box 044/Item 226, collection.sl.nsw.gov.au/.../16AX6oon/QDWXrXBD6jW7j

The North Sydney Orpheum Theatre, Alfred Street, North Sydney is visible on the corner with Good Year tyres billboard above it. The Cinema which first opened in 1913 was demolished in 1962, to make way for the Warringah Expressway.